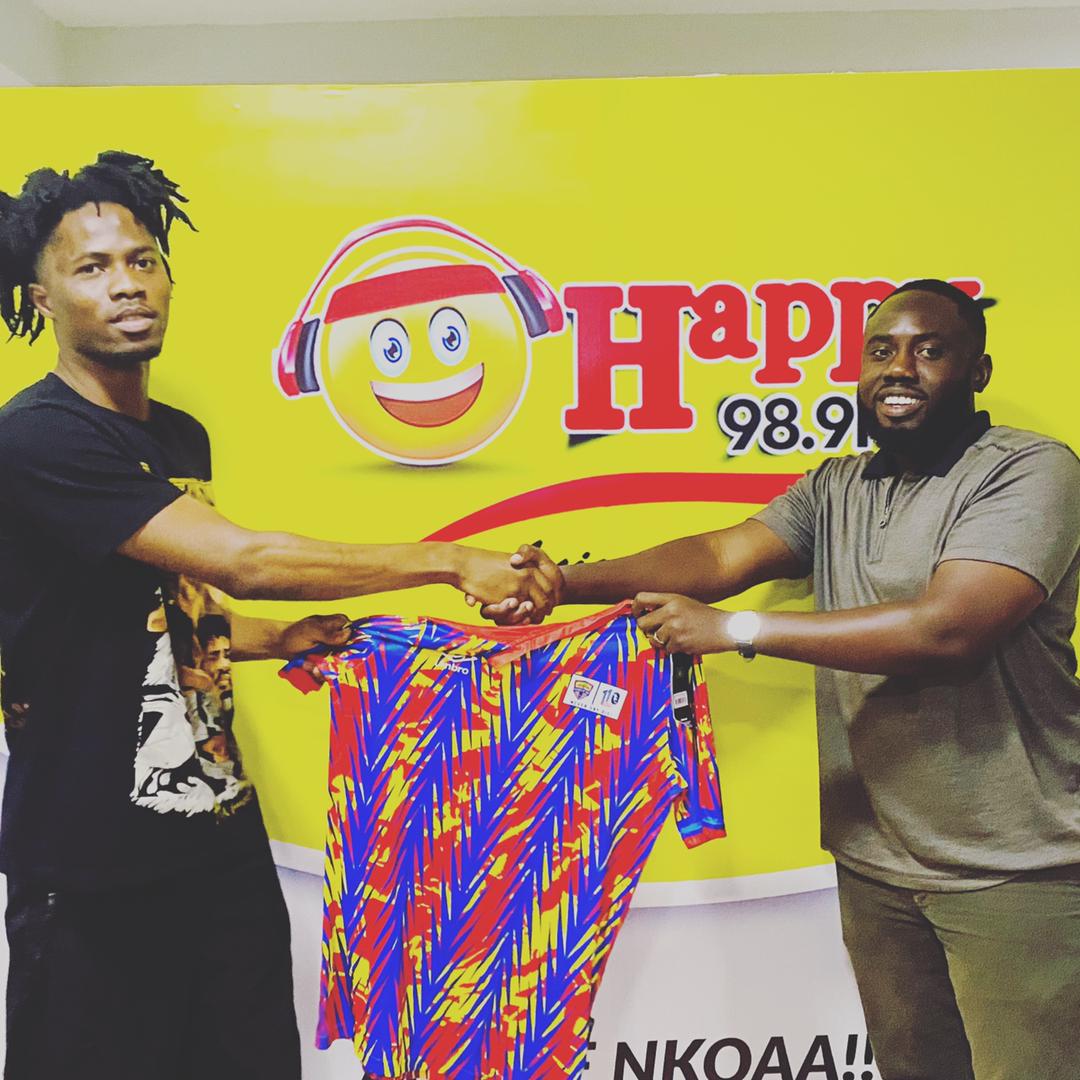 Ghanaian Rapper Kwesi Arthur, has described Hearts of Oak’s anthem as the best in the country.

The ‘Baajo’ hitmaker disclosed he is a fan of the Ghana Premier League giants since childhood and still supports the club.

Asked whether if he will compose a song for the club, he stated that Hearts of Oak’s current song or anthem is the biggest in the country.

“Hearts of Oak already have a song. I don’t think there would be any song that will ever beat it. It’s a very spiritual song”, he told Ohene-Bampoe Brenya in an exclusive interview on Happy Sports.

“I have been a Hearts of Oak fan since young. We grew up in Tema Community 9. My dad supports Kotoko but in the area that I lived whenever Hearts of Oak is playing the vibe was something.

“I am not an active supporter but I still support it in my heart. Am ever ready to attend their games”, he added.

The album featured acts like Teni, Vic Mensa, Joeboy, Adekunle Gold, and NSG, among others.

Kwesi Arthur is currently on a radio tour promoting the album.