England-born Arsenal striker Eddie Nketiah is closing in on switching nationality to play for Ghana after acquiring a Ghanaian passport.

The 22-year-old is said to have been granted a Ghanaian passport and is now set to play for the Black Stars at the Qatar 2022 World Cup.

Nketiah has been on the radar of the Ghana Football Association (GFA) for some time now, with the FA pushing hard for him to switch nationality.

The Chelsea academy product has Ghanaian parents but was born in London and has played for England at youth level, having featured for their U17 and U21 teams.

However, his roots make him eligible to play for Ghana, with his chances of being a regular with the Three Lions very slim.

“Eddie Nketiah is close to switching his international allegiance to Ghana after being granted a Ghanaian passport,” London-based Arsenal correspondent Chris Wheatley wrote on Monday.

In a recent interview on The Beautiful Game Podcast, Nketiah revealed that it was possible to play for the Black Stars and that his options were open.

“My parents are both Ghanaian [so] of course it’s a possibility [playing for Ghana]. I’m open to both, that is playing for Ghana and obviously England as well. Being from Ghana, you would be happy that they qualified for the World Cup,” he said. 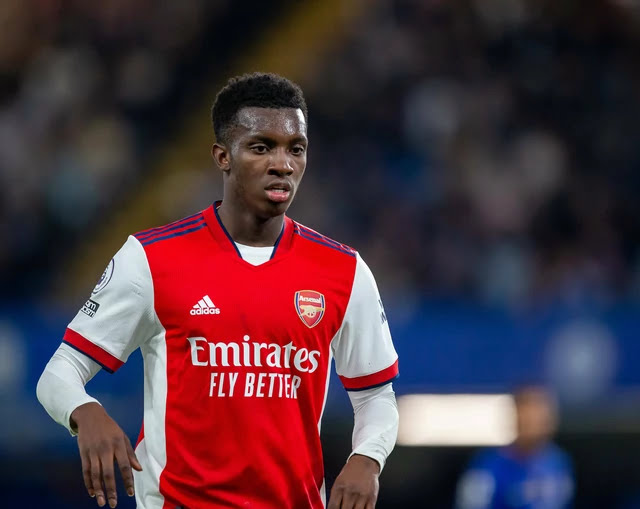 The young forward has been in imperious form in recent weeks, having taken his tally for the season to nine goals in 25 matches.

Nketiah scored twice when Arsenal defeated Chelsea 3-2 in April and was again at the double as the Gunners beat Leeds United on Sunday to enhance their chances of qualifying for the UEFA Champions League.