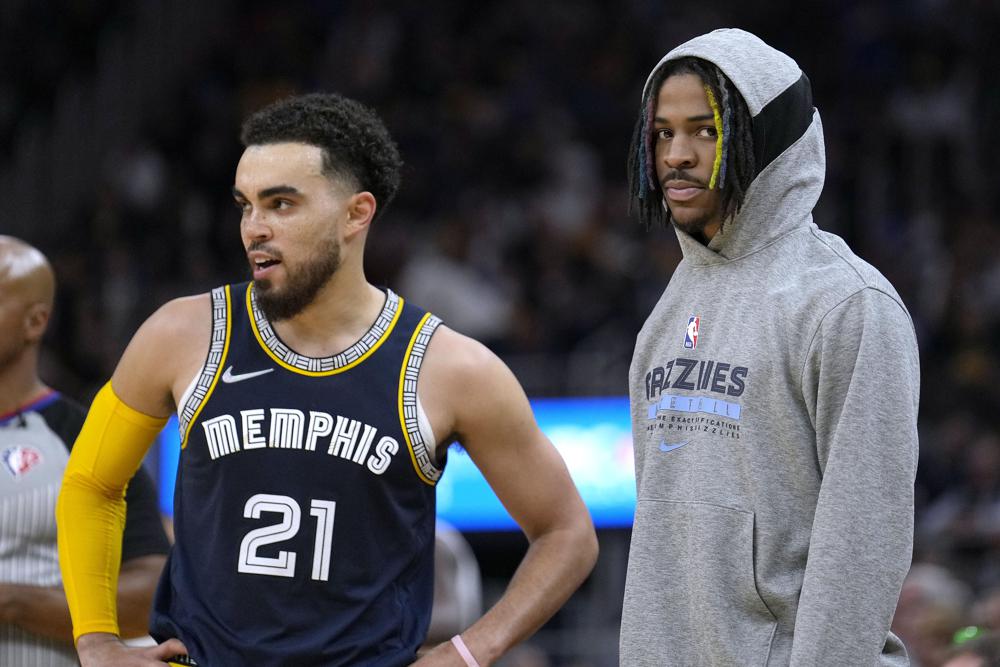 Memphis All-Star guard Ja Morant is doubtful for the remainder of the NBA postseason after an MRI and further evaluation revealed a bone bruise in his injured right knee.

The Grizzlies said they expect him to make a full recovery.

The NBA’s most improved player had been averaging 38.3 points a game in the Grizzlies’ Western Conference semifinal matchup with Golden State. But he sat out the 101-98 Game 4 loss on Monday with what the team said at the time was a sore knee.

The Grizzlies trail 3-1 in the series with Game 5 set for Wednesday night in Memphis.

Morant reinjured his knee on a play with the Warriors’ Jordan Poole that the teams debated during the Grizzlies’ 142-112 loss in Game 3.

Morant limped off with 6:19 remaining in the game after Poole grabbed at the knee on a play the Warriors guard said was simply an effort to strip the ball.

Afterward, Morant posted and later deleted a video of the play on his Twitter feed with the words “broke the code,” a reference that Warriors coach Steve Kerr had used five days earlier when Dillon Brooks’ hard foul in Game 2 sidelined Gary Payton II.

Kerr missed Game 4 after testing positive for COVID-19 and being placed in the league’s health and safety protocols. He remained at home in the Bay Area on Tuesday and did not travel to Memphis with the team. Associate head coach Mike Brown will coach Game 5 as planned.

Warriors spokesman Raymond Ridder said via text message Tuesday that the Warriors had no new cases of COVID-19.