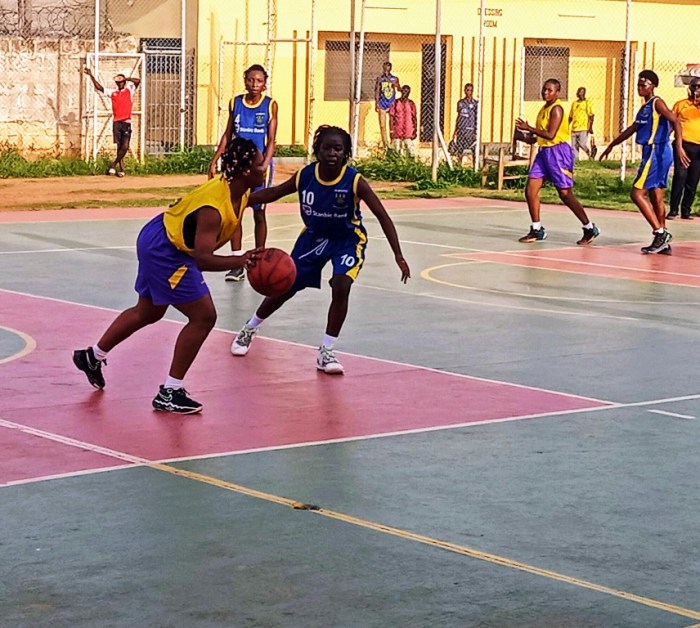 The University beat Ghana National Fire Service 46-38 to open today’s round of games that had two other fixtures played out in the Men’s Division II at the same venue.

UG had to overturn a 16-20 first half deficit before needing star player Hannah Amoah to score a big three pointer to halt Fire Service’s late run.

Amoah hit a three pointer and scored a fast break layup to tie the game. Adjei buried two free throws and Dugbey scored one of two attempts from the same spot. Amoah scored a layup late to end the quarter with UG trailing 30-31.

Lawrencia Adjei hit a short jump shot to cut UG’s lead to just two points. Amoah buried two crucial free throws and drained a three pointer from the top of the key out of a timeout to effectively put the game away. Ruth Azumah got two points from the charity stripe to clinch a 46-38 win for UG.