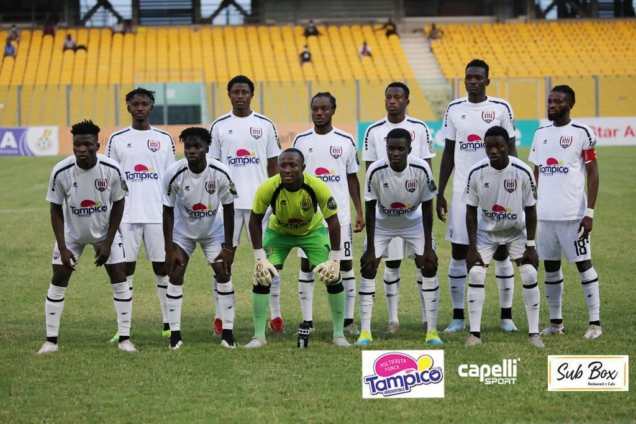 The Ghana Football Association (GFA) is set to demote Division One League side, Inter Allies Club to Division Two after the club was found guilty of match manipulation.

The Tema-based side is believed to be involved in manipulating the outcome of their 2020/21 league game against AshantiGold.

The two sides allegedly played a match of convenience as Inter Allies suffered a 7-0 thrashing at the hands of AshGold at the Obuasi Len Clay Stadium in a matchday 34 fixture.

After almost a year, the disciplinary committee of the Ghana FA has come out with a verdict following a thorough investigation.

A statement from the Ghana FA said, “Inter Allies FC will be demoted to the Division Two after being found Guilty of Match in their 2020/21 Ghana Premier League Matchday 34 game against AshantiGold.

Read the full verdict from the Ghana Football Association below:

Inter Allies currently play in Ghana’s Division One League after suffering relegation at the end of last season.