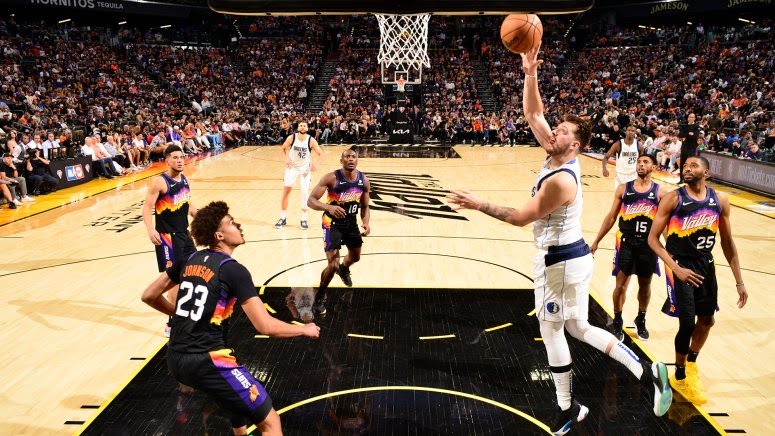 The Dallas Mavericks absolutely roasted the Suns 123-90 in Game 7 Sunday, earning their first trip back to the Western Conference Finals since their championship 2011 season.

Dallas came out hot and never looked back, closing down the Suns early by shutting down Phoenix’s Chris Paul and Devin Booker, who were 0-for-11 shooting in the first half.

Speaking of the first half, it was 57-27 Dallas at the halfway point. Dallas’ Luka Doncic had 27 points on his own, matching the entire output of the Suns’ office.

Doncic finished the night with 35 points, 10 rebounds and four assists. Jalen Brunson knocked down 24 and Spencer Dinwiddie had 30 off the bench.

The Mavericks and the Golden State Warriors best-of-seven Western Conference Finals will begin Wednesday, May 18.