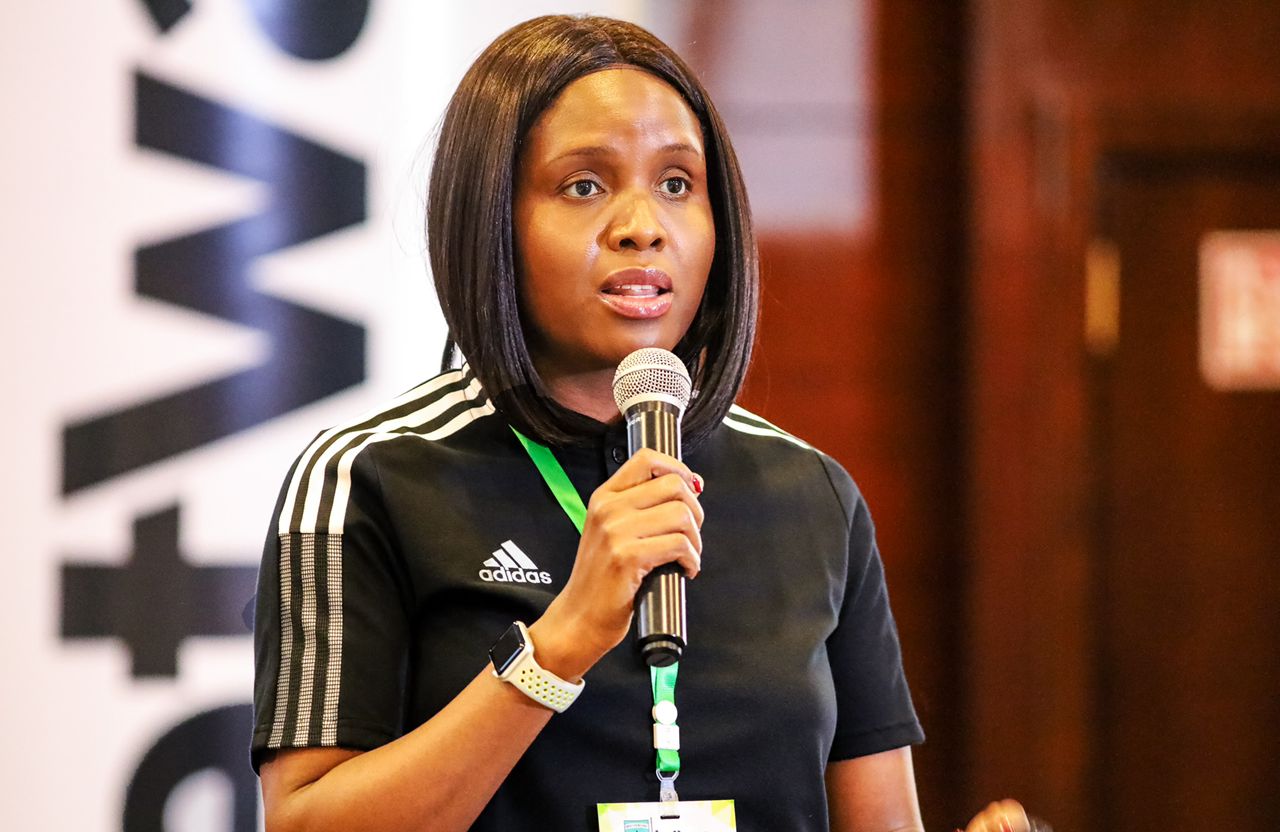 The Chief Operations Officer (COO) of the South Africa Football Association (SAFA), Lydia Monyepao has urged clubs in the Ghana Women’s Premier League to promote their brands by leveraging the “clean” style of women’s football.

She said it was not beneficial for women’s football clubs to operate like men’s clubs.

“We need to stop competing with men’s football,” she said.

Ms Monyepao was speaking at the fourth in a series of mentorship seminars for women’s club managers and administrators in Accra, organized by Betway Ghana in fulfilment of its roles as the official development partner of the Ghana Women’s Premier League.

She said clubs need to do everything to sustain the interest of existing fans in the women’s football league as this will help attract more people to the women’s game.

“Start with the people that are really attracted to women’s football voluntarily. Then you build on that to get to their families, and everyone around them to come to watch the games,” she said.

Ms. Monyepao, who used to play for the South African national women’s team emphasized the need for players in women’s football clubs to build personal brands that will make them marketable to prospective sponsors.

The mentorship workshop on strategic management and governance in football administration was attended by 60 GWPL club officials.

Another facilitator from South Africa, Warren Engelbretcht, an expert in sports science, led the participants through an interactive session on strategic planning for football clubs.

He noted that this was key to helping officials draw a holistic strategic management plan for their clubs that would improve their club’s overall performance.

“The strategic management framework helps you to have a point from which you can improve.,” he said.

“It’s also to help you to move along the line of better performance and regaining your competitive advantage within the environment because within any football club environment with any new league structure, is competition.”

An Executive Committee member of the Ghana Football Association, Toni Aubyn, speaking on football governance, advised the club executives to strive to avoid conflicts of interest.

Former Vice President of the Ghana Football Association, Fred Pappoe encouraged clubs to be conscious and deliberate about record keeping and documentation.

According to him, having a record of victories and other remarkable achievements, for example, can be a selling point for clubs who are seeking sponsorships.

“Documentation and record keeping is absolutely important for a football club,” he noted. “For every activity you undertake, you must document it in one way or the other. Sometimes, you’d have clubs who are interested in a player ask for video clips of the player and how many matches they have played in the last four or five years and nobody knows,” Mr Pappoe said.