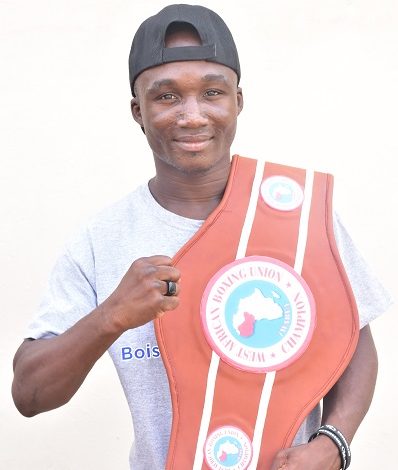 At age 32, Jessie Manyo Plange should be challenging for honours at the highest level of boxing but instead struggling to record a fight in over a year.

Regarded as one of the most talented Ghanaian fighters of his generation, Manyo Plange, for some unexplained reason, has failed to reach his full potential, a predicament which continues to befall so many talented boxers in the country.

The undefeated boxer relocated to the US to chase a world title dream but months later, he is struggling to secure an opponent.

Is he going to be another Ghanaian fighter that left the shores of the country to trade his boxing career for menial jobs in the US? It may sound pathetic but it looks like Plange’s career is heading towards that direction.

I find it very disappointing that a talent such as Manyo Plange could suddenly end his career without any world championship bout to his credit.

It is a shame for him. But what might be the cause of his predicament? So many questions come to mind whenever I think about his struggles.

What took him to the US? Was there any thought out plan for his move abroad or he just saw the need to move to the US and decided to take it.

This must be made clear. A boxer cannot just leave his country without any scheduled fight or a plan to execute one because it is not easy out there in the US.

Ghanaian former world champions such as Azumah Nelson, Ike ‘Bazooka’ Quartey, Nana Yaw Konadu, Joseph Agbeko, and Joshua Clottey, among others, did not have easy moving abroad to chase their dreams.

What helped them was due to the fact that they left Ghana with a good team and planned to succeed and that paid off for them.

Azumah had to lose his debut US fight honourably against the late Salvador Sanchez in July, 1982 to impress the legendary renowned promoter, Don King, for his breakthrough.

Quartey moved to base in France alongside former two-time light middleweight champion, Winky Wright, in search of a breakthrough.

Konadu, Agbeko and Clottey all went through similar struggles just to force a way to international stardom, but they were able to achieve their aim due to the team around them.

How about Manyo Plange? With whom did he leave for the US to help him achieve his objective? Obviously, nobody.

So why did he move to abroad, if he had no business being there at the moment? So many Ghanaian boxers had wasted away after moving to the US without any guaranteed fight.

As it stands, it will be very difficult for him to make any significant impact in the US, if he decides to stay because all the odds are against him.

Dropped out of rankings

With age not being on his side, Plange’s only weapon for challenging a world title was to get into the WBA rankings.

He has lost that weapon due to inactivity and has dropped out of the top 15 rankings by the sanctioning body in May.

This should be a big blow to the 2012 Olympian because making a big comeback at his age looks impossible.

What does the future hold for him? I feel sad knowing that Ghana is about to lose another bright talent due to bad career decisions.

I hope the upcoming boxers will learn from some of these failures but sportsmen are almost the same. They have the same DNA and acts the same way.

It has been a long pro career for Plange since making his debut in 2012 but what does he have to show for it? We can only wait to see how it things turn out for him.