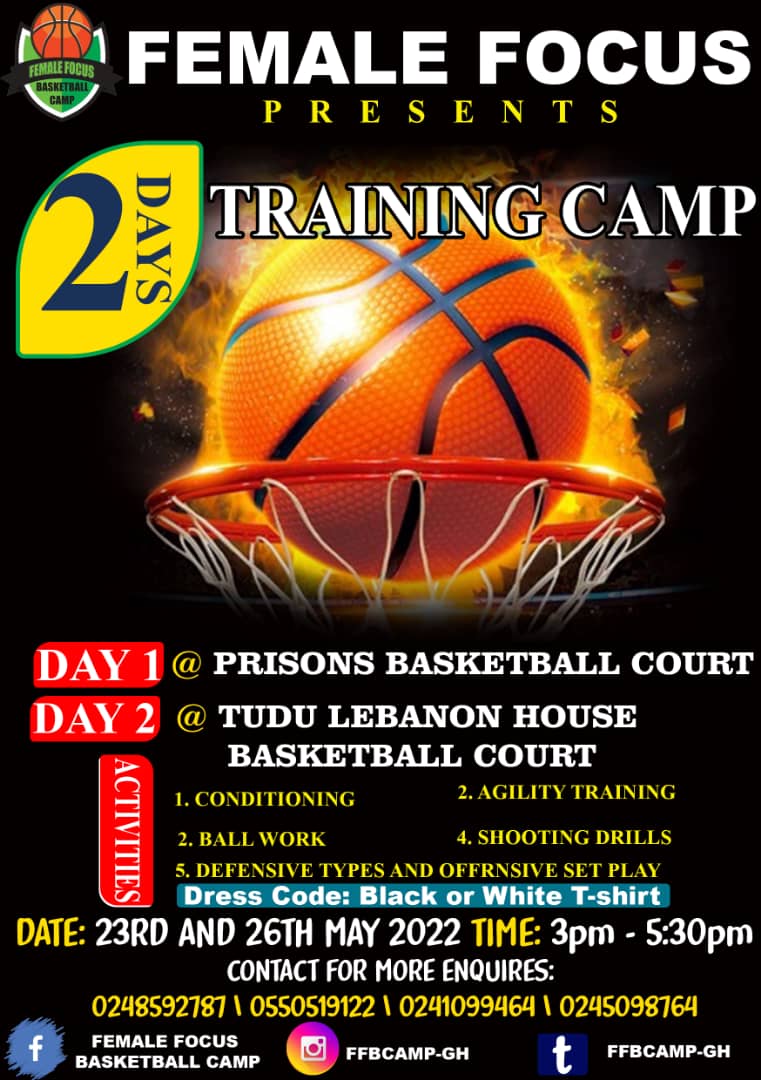 a two day Basketball Camp for only females is set to run over at different locations in Ghana’s capital city, Accra.

The Female Focus Basketball Camp is to be staged on Monday, May 23 at the Prisons Court in Cantonments and on Thursday, May 26 at the Lebanon House Court in Tudu.

The upcoming Camps are to be staged at the present venue for Accra Basketball League matches (Prisons Court) and the former venue for ABL games (Lebanon House).

Each camp runs from 15:00 GMT to 17:30 GMT per the official communicate Ghana’s leading basketball portal has received. Despite improvement in men’s basketball in Ghana, female basketball continues to trail vastly and next week’s program falls in line with similar activities to help solve the problem.