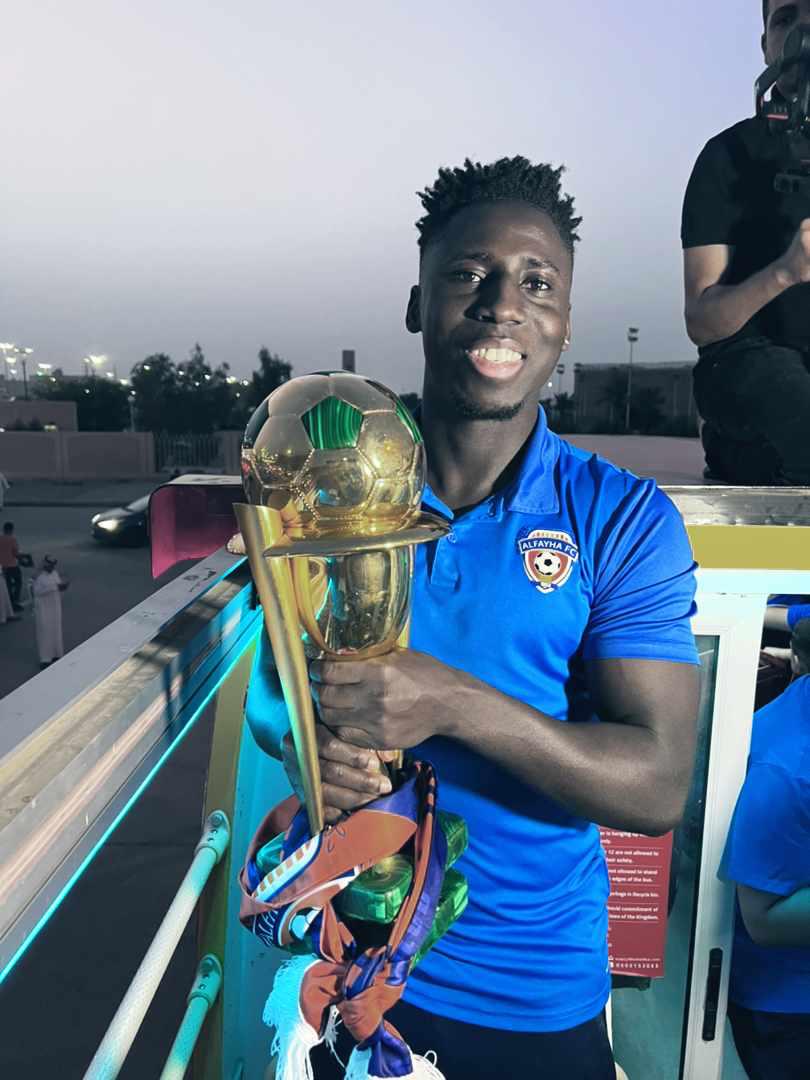 Black Stars winger Samuel Owusu has won the Saudi Kings Cup with Al Fayha after their penalty shoot out victory over Al Hilal.

The Ghana international missed the game due to injury but was at the King Abdullah City Stadium to support his teammates.

It was the Ghana international first major trophy with the Oranges. He played a key role in the competition before picking up a knock which has ruled him out for eight weeks.

The tricky winger has been Al Fayha’s best player since joining the club in 2019 from Serbian club Cucaricki.