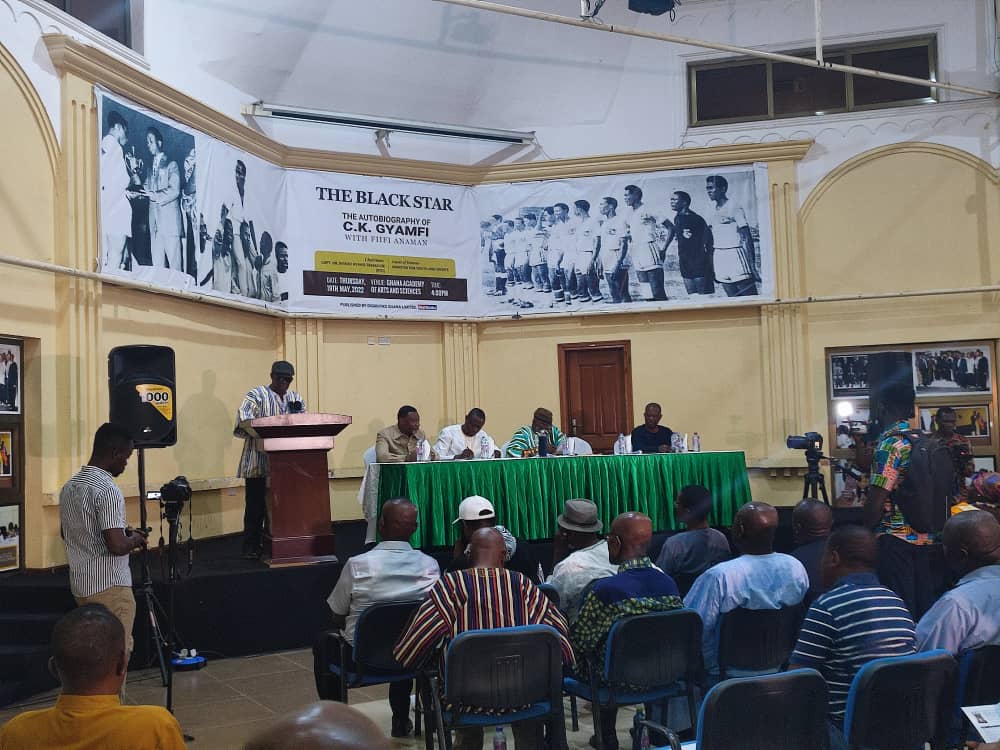 The posthumous autobiography titled “The Black Star: Autobiography of C.K Gyamfi” was co-authored by C.K Gyamfi and Mr Fiifi Anaman, with the latter completing the book after the passing of three-time Africa Cup of Nations winner in 2015.

The book also details the circumstances that lead to his departure from Kumasi Asante Kotoko, how he later joined their rivals Accra Hearts of Oak and his relationship with Ghana’s first President Dr Kwame Nkrumah as coach of the Black Stars.

The Chairman of the launch, former Ghana Football Association Chairman, Captain Dr Nyaho Nyaho-Tamakloe (rtd) said the book was very inspirational because it captures how a young boy from a village rose to attain the highest national award; the Grand Medal of Ghana.

He also commended the late Gyamfi for making the effort to write his memoirs before his passing, urging more Ghanaians in public office to emulate the legend.

“The advice that I get from the book is that you can come from the lowest depths and climb to the topmost peaks,” Dr Nyaho-Tamakloe said.

“He came from a small village and was able to get the highest award in the country, which to me is a great achievement. Secondly, he was focused and always willing to learn from others and that was why he was the first African to play for a European club in Fortuna Dusseldorf.

“Whiles he was playing in Germany, he was a coach and he has been the only person who has won us (Ghana) three AFCONS, so Gyamfi is a legend and I think we have to even honour him posthumously”.

The Deputy Minister of Youth and Sports, Evans Opoku Bobie said the nation was indebted to C.K Gyamfi for leaving behind a document that could serve as a guide for future generations.

He also urged all Ghanaians to get copies of the book to know the inside story of how Ghana became an African football powerhouse.

He said C.K Gyamfi’s exploits as a footballer and three-time AFCON winner made him a national hero.

He also commended his six sons; Eric Gyamfi, George Gyamfi, Francis Gyamfi, Edwin Gyamfi, Jude Gyamfi and Patrick for imploring their father to write his memoirs and ensuring that it was completed even after his passing.

One of C.K Gyamfi’s sons, Edwin Gyamfi said the book encapsulates the entire history of Ghanaian football and the impact it has on public life.

He also disclosed that GH₵80,500 raised from a book auction at the launch would be put towards the establishment of the C.K Gyamfi Foundation which would be focused on promoting the development of grassroots football across the country.