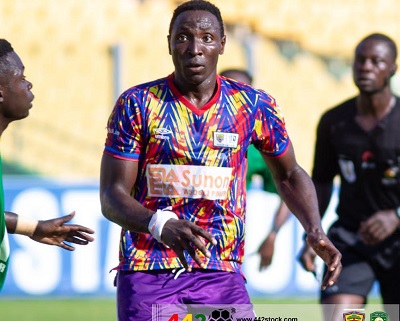 Ghana champions, Accra Hearts of Oak have suspended Kofi Kordzi for two weeks for featuring in an unauthorized game.

The centre forward played without an approval from the club in the recently held Ramadan Cup.

According to a statement released by the club, Kofi Kordzi has violated his contract and has been suspended for two weeks.