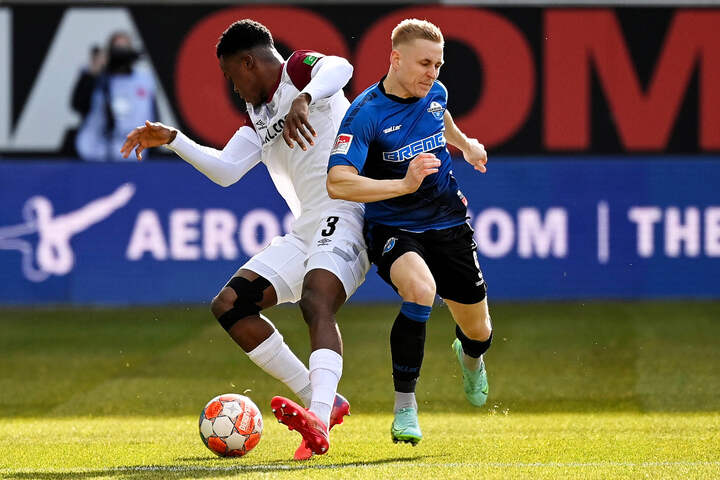 Ghanaian defender Michael Akoto is set to be ruled out of Dynamo Dresden game against Kaiserslautern due to injury.

The 24-year-old sustained a foot injury in the first leg of the relegation playoff against Kaiserslauten.

Akoto played the entire duration but is likely to miss the second-leg encounter on Tuesday at the Rudolf-Harbig Stadium.

The contest is delicately poised following a goalless draw in the first leg on Friday.

His absence will be a big blow to Dynamo who will be hoping to avoid a drop.

The former Mainz II defender has made 31 appearances for the club this season and has scored one goal and one assists this season.

Dynamo Dresden will be hoping to avoid relegation to the third tier of German football.