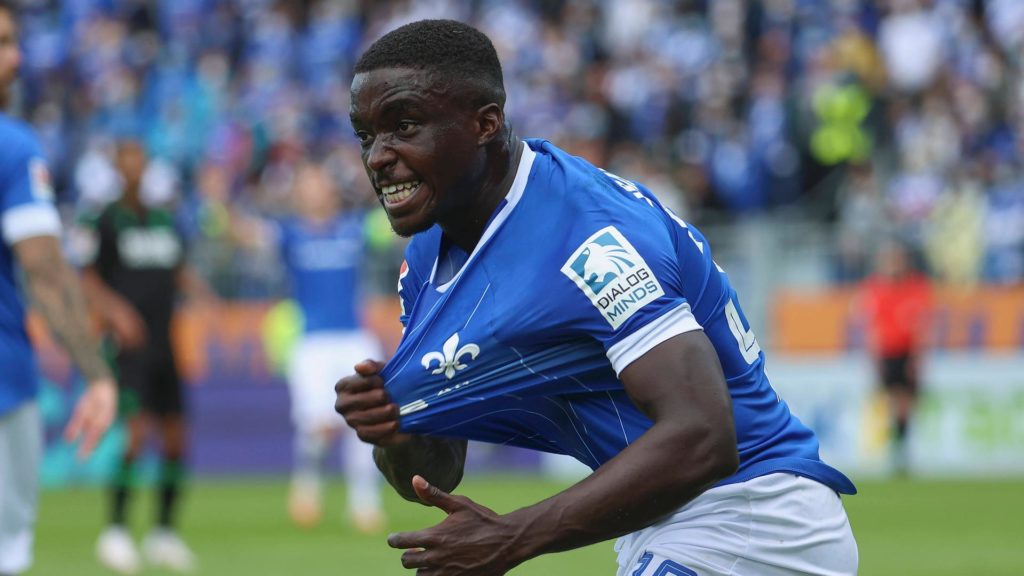 Black Stars head coach Otto Addo has handed an invitation to Braydon Manu for the 2023 AFCON qualifying games against Madagascar and the Central African Republic.

The 25-year-old dominated the headlines in the West African nation last September when he was handed a call-up by then-head coach Charles Akonnor.

Many fans thought the 1.70m tall striker won’t make his way back into the squad for the four-time AFCON winners again.

However, new head coach Addo has included him in his squad for the games.

Manu scored 4 goals and provided 4 assists in 21 games for Darmstadt in the German Bundesliga II.

He must fight for a place in the team’s attack as he has been named alongside Benjamin Tetteh, Jordan Ayew, Daniel Afriyie Barnieh, Kwasi Okyere Wriedt, Antoine Semenyo, and Felix Afena-Gyan.