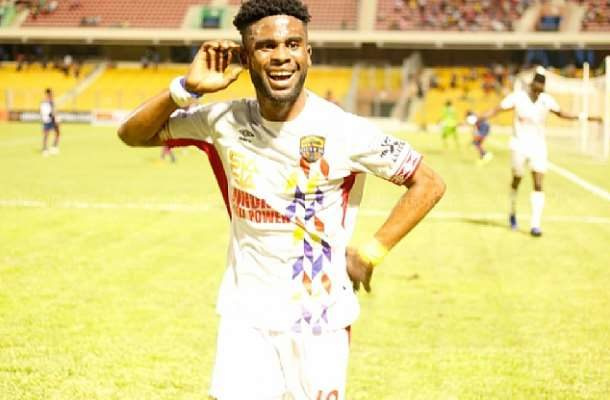 Former Ghana international John Paintsil has advised home-based players invited to the Black Stars to try and compete for positions with the foreign-based players.

Only two players from the domestic top-flight league made the list announced by the Ghana Football Association for the upcoming 2023 Africa Cup of Nations qualifiers and the World Cup friendlies.

Hearts of Oak forward Daniel Afriyie Barnie and Augustine Okrah of Bechem United were the only players to make the 33-man squad.

The former Westham and Fulham right back has encouraged the two players to also compete for positions and not be overwhelmed by the presence of the top stars in the team.

Over the years home-based players have found it difficult to break into the starting eleven or even make the core squad.

‘The players (local ones) should not see themselves that there’s no chance in the Black Stars because they play in the domestic league”, Paintsil told Akoma FM.

“I remember playing in the first division, I was still fighting for the national call up so they just have to encourage themselves. If you see yourself that, playing in the GPL will be hard to earn a call up, so shall it be. Just see yourself equally as the foreign players and you can compete.

“It’s just a basic things, they should listen to the instructions of the technical team and work accordingly”, he concluded.