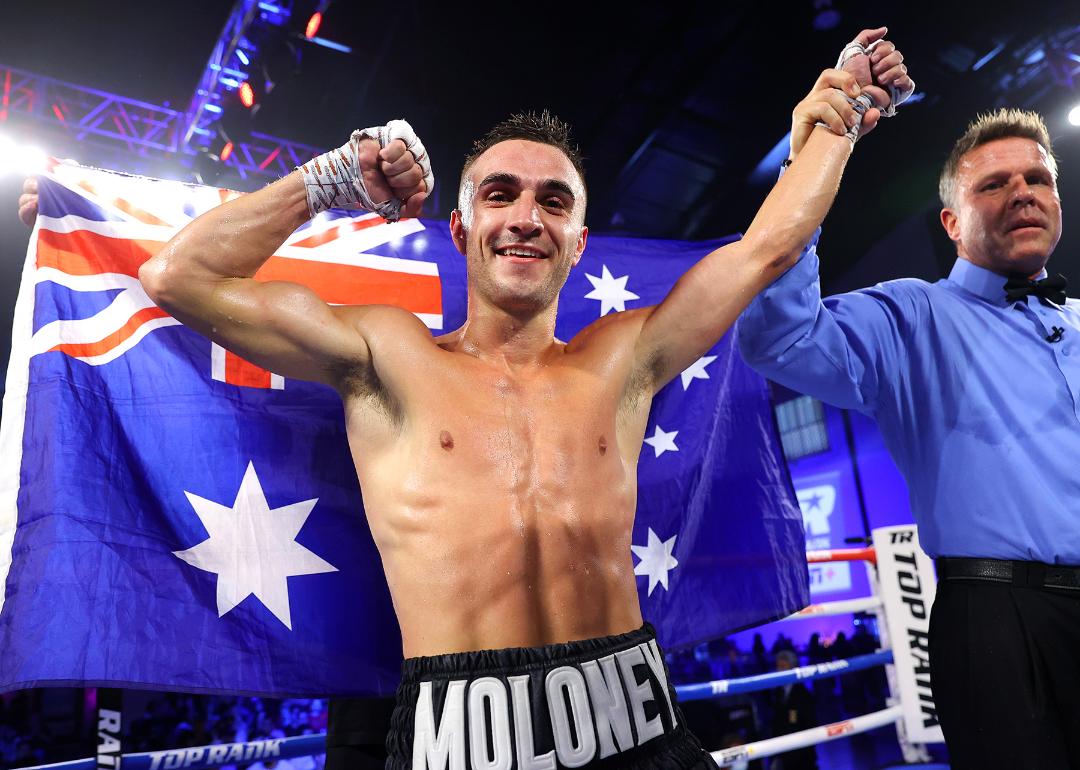 Mayhem comes home, as Jason Moloney gets ready for the biggest stage of his career, as he defends his WBC silver and competes for the WBO international bantamweight strap against highly touted Aston Palicte.
Palicte has been on the world stage before, having controversially drawn with a great of the little big men, Donny Nietes back in 2018 at the Inglewood Forum in Los Angeles. The Filipino standout has since challenged another monster of the lower-weight classes, Kazuto Ioka for the Japanese warrior’s world title.
Moloney weighed in on his highly-rated opponent on June 5 in his native Australia. ‘Mayhem’ said, “I’m really excited for this fight. Thank you to Top Rank, DiBella Entertainment, and my manager Tony Tolj for putting it together and getting me a great opportunity against a world-class fighter.
“Palicte is well known to anybody in the lower weight classes, he’s exciting, he comes to win and he’s handled himself with the best in the business. This is a real test against a top fighter and I have to come through this and look good in order to push for another world title shot, and I believe this fight is the quality of a world title fight.
“I’m not looking past Palicte, but he’s a far better opponent than who Paul Butler boxed for his world title. Paul Butler won’t want to fight me after this performance, we’re going to have to force that fight to happen. I have the team that makes things happen and we will make that fight happen eventually unless he vacates.”
Moloney acts as chief support for the undisputed world lightweight title clash between George Kambosos Jr and Devin Haney. The all-action Aussie discussed featuring on the high profile showdown down under.
The world-ranked bantamweight said, “Australia has been deserving of events of this size for years, and I’m delighted to be involved with such a massive event. It’s a global event, and I can’t wait to show my skills on a platform that is going to be watched worldwide, it’s a massive opportunity.
“The main event is a great fight, and it represents what boxing needs more, unified/undisputed champions. It really is the best fighting the best. I’ve fought the best at my weight class in Naoya Inoue, so have all the respect in the world for how good you have to be a unified world champion. It’s elite-level competition that you can’t miss if you’re a boxing fan.
“I’m also sharing this card with my brother. We’ve shared cards before but this one is special, and I’m expecting two career-best Moloney performances.”
Credit: Harry’s Gym
Photos: Mikey Williams / Top Rank