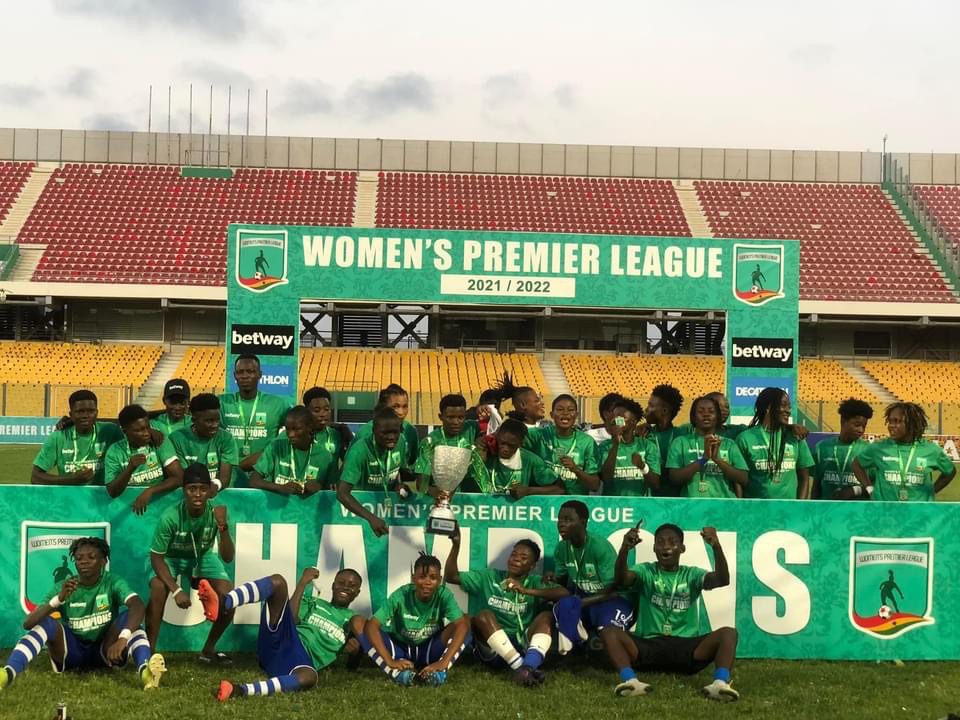 The Techiman-based side defeated Hasaacas Ladies 5-4 on penalties to win the Women’s Premier League  title.

The game ended 1-1 after 120 minutes with penalties needed to separate the two teams.

Hasaacas Ladies scored the opening goal of the game  from the spot kick in the first half through Success Ameyaa.

Ampem Darkoa  also got the equalizer also from a penalty which was converted by Comfort Yeboah in the 25th minute of the first half.

The first half ended in a 1-1 draw before a keenly contested game in the second half saw the two team going for 30 extra minutes.

Ampem Darkoa have ended Hasaacas Ladies their first defeat of the season in this year’s Women’s Premier League.

Ampem Darkoa emerging as winners will be representing Ghana in the CAF Women’s Champions League.