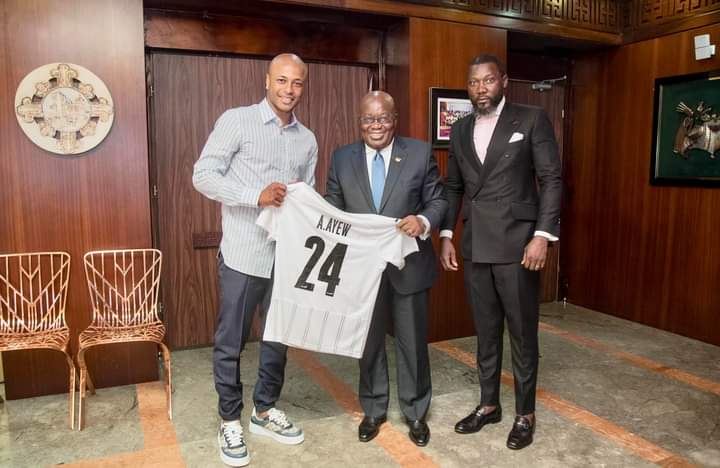 Black Stars captain Andre Ayew has paid a visit to President of the country Nana Akufo-Addo.

The Al Sadd star met the President at his office in Accra as they spent time talking about the senior national team and preparations toward the World Cup.

Ayew has been in the country for some weeks now as he makes a return to the senior national team after missing the World Cup playoffs in March.

The President has promised to support the Black Stars ahead of the tournament in Qatar later this year.

Andre Ayew also presented his Al Sadd jersey to the President in the midst of his publicist, Fiifi Tackie.

The former Swansea City player will lead the Black Stars in the AFCON qualifiers against Madagascar and Central Africa Republic next month.

He will also travel with the team to Japan for the Kirin Cup tournament.

Andre Ayew finished his first campaign in the Qatari Stars League as champion, and was the club’s top scorer in the league.