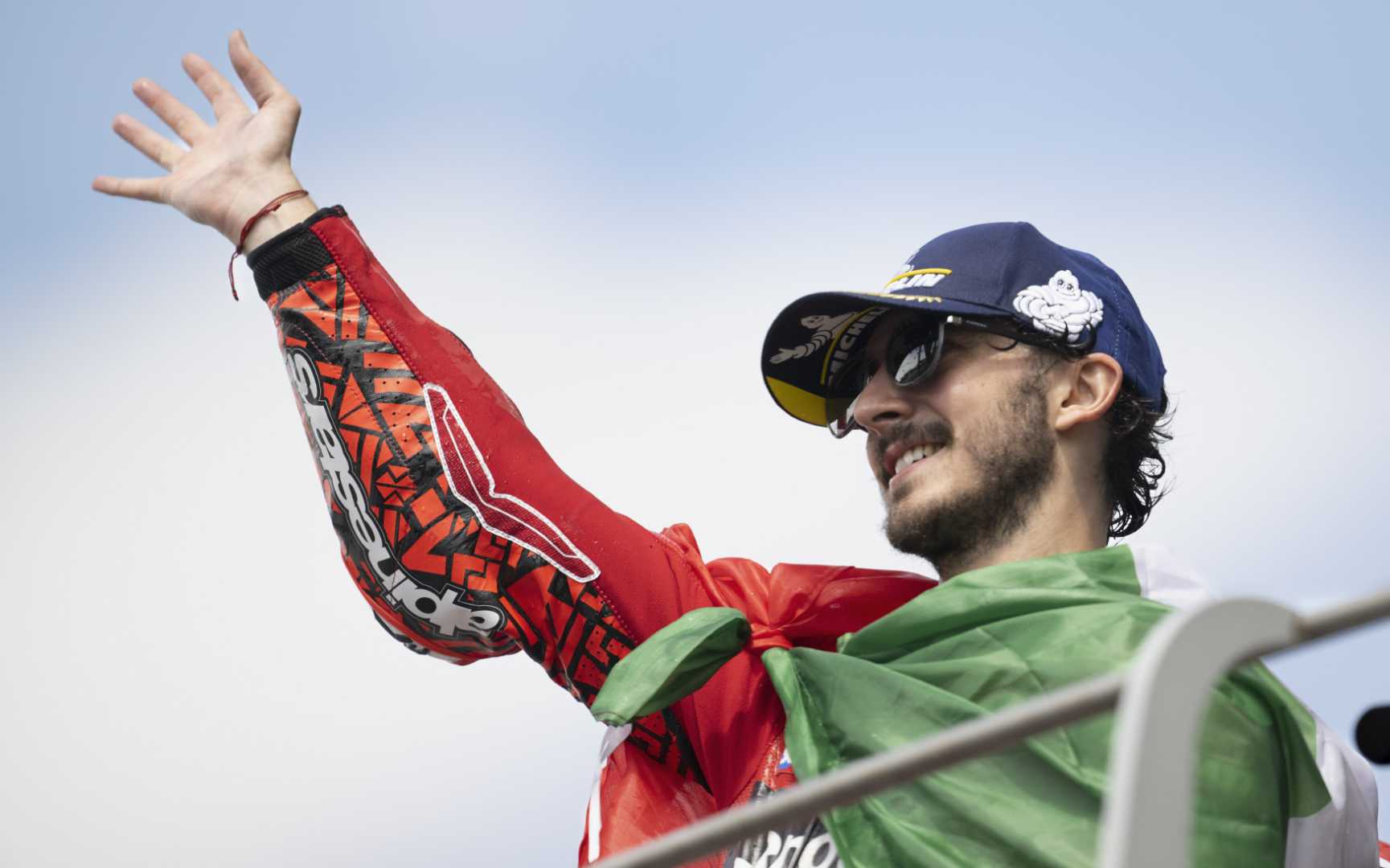 It is race day here in Mugello! With hundreds of spectators prepared for the world’s most viewed moto event, the Motorcycle Grand Prix (MotoGP). The racetrack is dry, the weather is slightly windy with skies painted with partial clouds. The riders were fast and furious on the 8th MotoGP race of this year’s season.

FROM STARTING GRID preparations on the starting grid were at their maximum, teams were setting up the grid on the startup line, some were using air blowers to cool down the asphalt under bikes, and the fans were cheering for riders as they get into their grid position after the warmup lap, and then they go!

NO.1 FRANCESCO BAGNAIA: “I always dreamt of winning in Mugello, it is one of the toughest tracks ever, I was happy to see so many people holding my country flag when I did my site lap, it feels wonderful” Pecco said in the post-race press conference for podium riders.

Celebrating his win on home track the Italian cut the finish line first recording 41min 18,923sec after he started from position 5 on the grid, although he went down to 8th at some point in the first laps but managed to climb up to maintain the race lead of till the end.

NO.2 FABIO QUARTARARO the reigning world champion for Yamaha had a fierce fight with all the Ducati in lead “I was not feeling good because we had a setback the whole weekend with the new bike fairings, but we decided to remove them and stay with our standard bike as last year, last year I had a good rhythm riding fast, not as much as this year, but I fought hard to fight all the Ducatis. It was a push-release type of race with Pecco, my main goal was to keep pushing” Fabio said during the post-race press conference.

NO.3 ALEIX ESPARGARÓ had a fantastic weekend here after signing a renewal contract with Aprilia “I was aiming to fight for the victory but I couldn’t because I lost a lot of time with the VR46 rookie drivers where I lost 15 laps with them, but bravo for them I was expecting more mistakes but they did non, but when I was able to overtake them it was too late for me, starting from position 7 on the grid, but I gave everything I had in the race and I put on a good show, anyways I’m very happy this is my 4th podium in a row, now we can fight for the podium in Barcelona” Aleix said in the post-race conference regarding his performance.

The track of Italian GP held in Autodromo Internazionale del Mugello, located in Scarperia e San Piero amidst the mesmerizing Tuscan mountains scenery, 5.2km in length, built on 1973 and opened in 1974, The track first hosted a Motorcycle Grand Prix in 1976 and became a permanent fixture in the MotoGP calendar starting in 1991 after an extensive refurbishment.