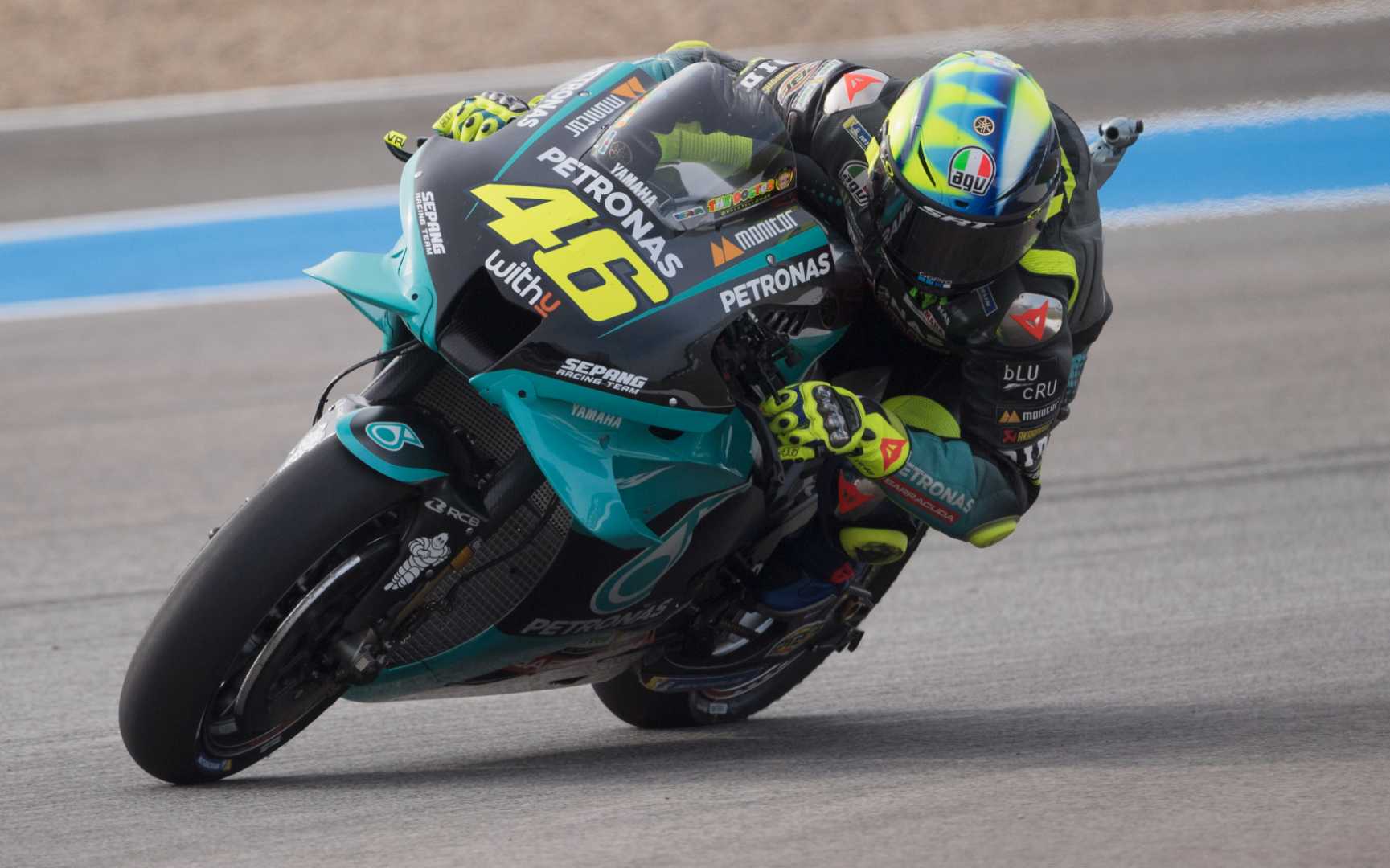 Today is a special day for MotoGP as the legendary Number 46 of Italian former professional motorcycle road racer and nine-time Grand Prix motorcycle racing World Champion, Valentino Rossi, was officially retired at his home track, the Autodromo Internazionale del Mugello, ahead of the Italian Grand Prix. Rossi announced his retirement from MotoGP at the end of the 2021 season on November 14, 2021, having first competed in the Grand Prix world championship since 1996.

In 26 seasons, Rossi won premier-class Championships with both Honda and Yamaha, nine world titles across the 125cc, 250cc and MotoGP classes, 115 victories, 235 podiums and 65 pole positions. He was named motorsport’s GOAT by MotoGP. The sport’s greatest bowed out at the age of 42 after giving millions of fans around the world so many memories to cherish. Rossi is a true champion and role model for many.

Rossi was awarded the iconic “46” trophy today at the Mugello Circuit grid, surrounded by fellow MotoGP drivers, Dorna CEO Mr Carmelo Ezpeleta, FIM President George Viegas, friends and family who have adored him throughout his 26 years of redifining the sport, with audience coming from all around Italy and the world, and students of his VR46 Riders Academy all cheering “Ole, ole, Vale, Vale…” from the stands for over an hour before he made an appearance.

I COULD RACE FOR ANOTHER 3-4, BUT MY BODY HURTS

Rossi said: “The people are telling me ‘thank you Vale’ but honestly, I want to thank them as well because the crowd here in Mugello has always been so cheerfully loud for me on my first lap on Sunday mornings for the warm-up, here in Mugello, I had the most overwhelming emotions as a motorcycle rider. So thank you, it has been both a pleasure doing my retirement ceremony here and sort of a shame, we could have been racing for another three or four years ‘jokingly’. But my back and knees are hurting, I realized that I’m getting old. But this journey has been wonderful, thank you, everyone.”