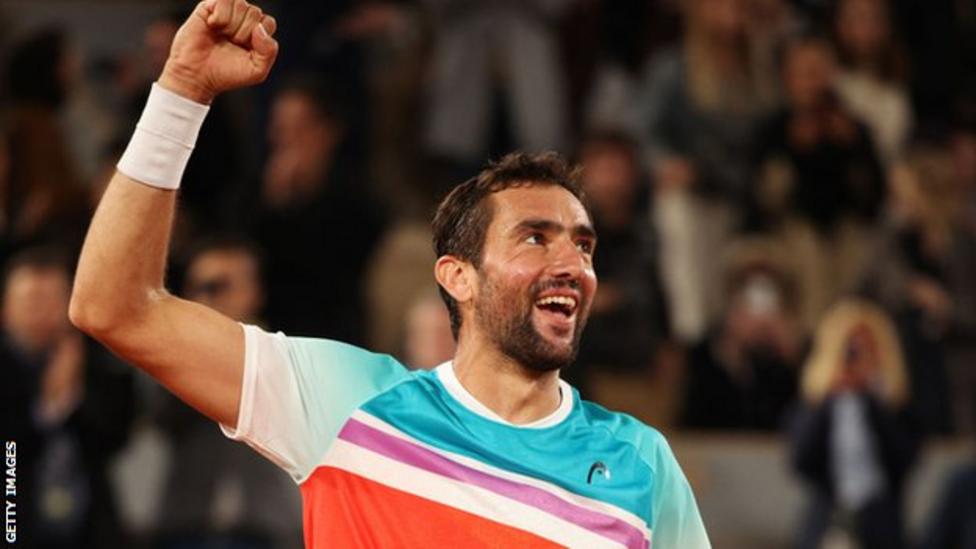 Daniil Medvedev and Stefanos Tsitsipas suffered surprise fourth-round exits on a day of shocks in the men’s draw at the French Open.

Cilic, 33, next faces seventh seed Andrey Rublev, who progressed to the quarter-finals after Jannik Sinner retired while trailing 1-6 6-4 2-0.

Former US Open champion Cilic, who triumphed at Flushing Meadows in 2014, rolled back the years, taking just an hour and 47 minutes to stun second seed Medvedev under the lights on Court Philippe-Chatrier.

He won 90% of points on his dominant first serve and did not face a single break point, while the Russian’s serve, in contrast, was breached five times.

“It was one of the best matches of my career from start to finish,” Cilic said in his on-court interview. “An absolutely fantastic match from the first point to the last.

“When I’m playing my best tennis, everything is working, serve, return, movement and these last 15 days have been great for me, with some very consistent tennis.

“Against guys like Daniil you have to be able to sustain levels like that throughout the match so I was definitely focused to keep going and I am extremely pleased.

“I try to always give my best even if it’s not going my way. If you are persistent with your training, good things come your way and it is such a pleasure to be playing like this.”