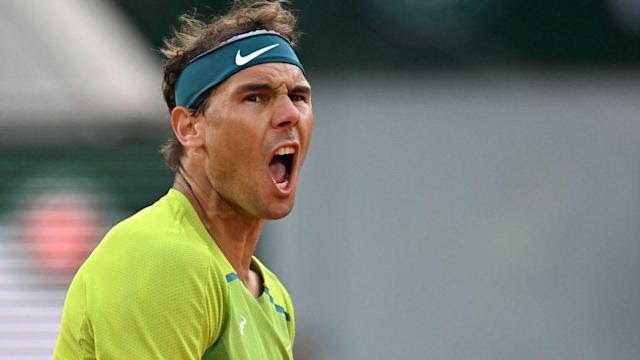 In a match that Rafael Nadal had warned might be his last at the French Open, he dispatched longtime rival Novak Djokovic to reach the semifinals, two match wins from a record-extending 14th Roland Garros title.

The Nadal-Zverev winner will likely be the favourite in Sunday’s final given the top two seeds in the other half of the draw lost in the round of 16.

After Alcaraz was eliminated, it became clear that the Nadal-Djokovic winner would become the clear title favorite. Nadal narrowed the margin in their rivalry — the most prolific in men’s tennis history in the Open Era — to 30-29 in favor of Djokovic.

Nadal, though he won the Australian Open in January in Djokovic’s absence, came into this tournament as an underdog behind Djokovic and Alcaraz.

A foot injury that first bothered him in 2005 — when he won his first French Open title at age 19 — has become an increasing problem and impacted his lead-up to Roland Garros. He failed to win a clay-court tournament before coming to Paris for the first time in his career (not counting COVID-affected 2020).

Nadal also needed five sets, four hours and 21 minutes to win his previous match Sunday, a fourth-rounder against Canadian Felix Auger-Aliassime. Meanwhile, Djokovic marched into Tuesday’s match under the lights — adverse conditions for Nadal compared to the day — having not dropped a set in his first four matches.

But it is Nadal who advances, bidding to extend his record with a 22nd major singles title. Djokovic is tied with Roger Federerat 20. If Nadal lifts another Coupe des Mousquetaires on Sunday, then the 35-year-old Djokovic, who after last year’s Wimbledon was tied with Nadal and Federer, cannot take the lead until 2023 at the earliest.