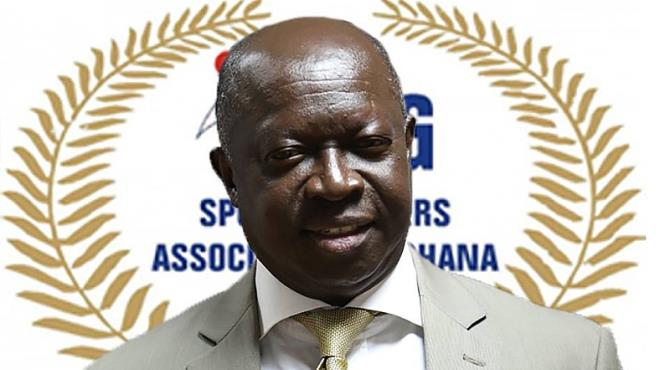 The President of the Sports Writers Association of Ghana (SWAG), Mr Kwabena Yeboah has advised Ghana Premier League clubs to pay their players monthly salaries of at least $2,000 if they want to halt the mass exodus of football talent from the country.

Speaking at the League Amplification and Season Review organised by Betway Ghana with support from the Sports Writers Association of Ghana (SWAG) and the Ghana League Clubs Association (GHALCA) on Tuesday in Accra, Mr Yeboah said the major way to make the league attractive was to try as much as possible to keep the best players for as long as possible with meaningful wages.

Specifically, he urged giants Accra Hearts of Oak and Kumasi Asante Kotoko to pay their players not less than $2,000 to ensure that they stay for longer at those clubs.

He argued that if teams in Tanzania, Benin and the Democratic Republic of Congo were paying such wages, then Hearts and Kotoko with their massive fanbases should be able to match them.

“Even if you pay $2,000, some of the players are going to leave but it’s the least some of the top teams can pay to minimise the exodus by paying meaningful rates,” Mr Yeboah argued.

“It’s the reason, we continue to fire coaches because coaches are not magicians and only reflect the quality of the materials they have.

“We should tackle the fundamental problem which is paying the players well to ensure they stay in the country”.

The sports journalists chief also described as unacceptable the situation where players were deemed professionals even though they were paid between GH₵300 andGH₵500.

He said with such low “slave wages” it was no surprise that players were departing the Ghana Premier League for destinations that were not known for their football.

He also urged all the topflight clubs to seek meaningful corporate sponsorships that will enable them to match wages being offered elsewhere.

“Very key to maintain the integrity of the league and keep fans interested is an attempt to halt the exodus by seeking sponsorships to ensure that players are paid well and don’t leave in droves,” he said.

“The exodus is killing the league because stars keep fans excited and interested in football and we have to minimise it to be in good business”.

Similarly, the Chairman of GHALCA, Mr Kudzo Fianoo, urged the clubs to nurture talented footballers and benefit from them before they are sold to top leagues.

Mr Fianoo also advised the clubs to make their stadia very comfortable and inviting to spectators.

He also commended Betway for leading such thought-leadership seminars and seminars that seek to develop local football.

Mr Fianoo also stated that his outfit was looking forward to more collaborations with Betway in the future, noting that the bookmakers had already collaborated with GHALCA on many off-the-pitch and on-the-pitch events in the past.

Participants at the two-hour workshop included members of SWAG, GHALCA and representatives of the various GPL clubs.