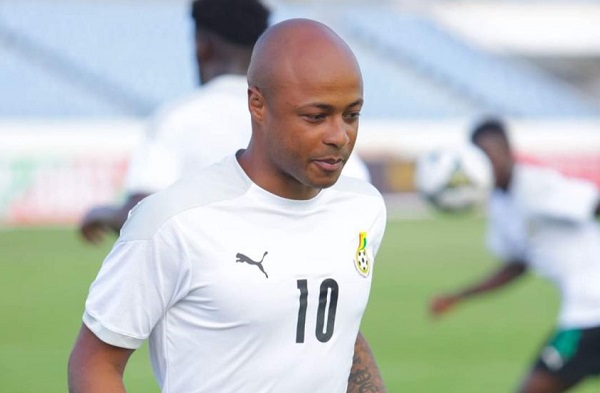 Captain of the Senior National Soccer Team, André Morgan ‘Dede’ Ayew has assured football-loving fans across the country of a solid victory in the 2023 Africa Cup Of Nations qualifier against the Bareas of Madagascar at the Cape Coast Sports Stadium.

According to Ayew, he and his teammates are battle-ready for the big task ahead. He said the players will give off every effort to bag the three points at the end of 90 minutes in Cape Coast.

“Yes, it is true that this is another big task, we have qualified for the previous edition now and the only we thing we can expect is that at the end of the sixth game, Ghana will qualify,” Ayew said.

“We need to start on Wednesday. We will give everything that we have to make the 3 points. We know it is going to be a very difficult game and they are not a team that we can underrate anymore on the continent,” he added.

Dede Ayew made this known on Tuesday at the Press Centre of the Cape Coast Sports Stadium after a final training session before the match.

Black Stars players in camp for the game:

Black Stars will take on the Barea of Madagascar at the Cape Coast Stadium at 7 p.m. before flying out to play Central African Republic on Sunday.

The game against Madagascar will be live on GTV SPORTS+, GTV, OBONU TV and GARDEN CITY TV as well as on All GBC Radio stations and Digital platforms.