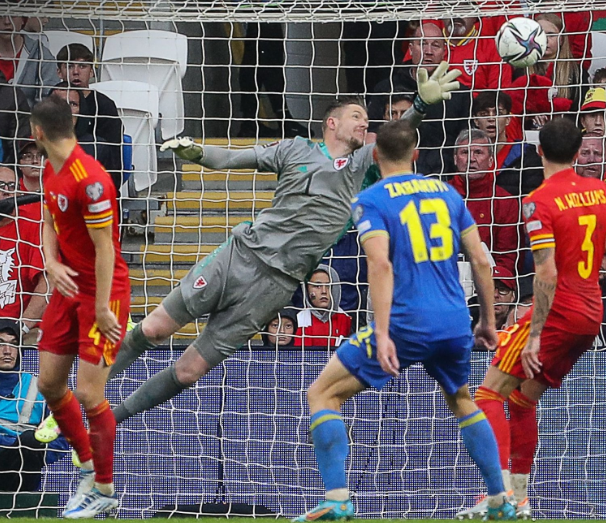 Wales will appear at the FIFA World Cup™ for the first time in 64 years after Andriy Yarmolenko’s own goal ensured a 1-0 qualifying play-off final win over Ukraine.

Ukraine marked their first competitive match back after Russia’s invasion with a 3-1 play-off semi-final win over Scotland on Wednesday to tee up the winner-takes-all decider in Cardiff.

Oleksandr Petrakov’s visitors controlled first-half proceedings but were made to pay when Gareth Bale, with the help of Yarmolenko’s head, struck first after 34 minutes.

Wales were largely indebted to the heroics of Wayne Hennessey as Rob Page’s team held on to book their spot in Qatar alongside England, United States and Iran in World Cup Group B.

The Welsh had missed 15 editions of the World Cup since last qualifying in 1958, but Page’s side ended that long wait in front of the home support inside the Cardiff City Stadium. Page will ready his team to face rivals England, USA and Iran in a wide-open group in Qatar, while Ukraine faltered in a World Cup play-off for a fifth time.

“It’s the greatest result in history for Welsh football. It means everything. It’s what dreams are made of. I’m speechless because I’m so happy. It’s what we’ve been working all our careers for and to do this for the fans, the nation, ourselves and our families is an incredible achievement – and it will be something that we will be forever proud of. It means everything. It is the last piece of the jigsaw that we all wanted and we’re going to celebrate well tonight.” Gareth Bale, Wales star

“We did everything that we could, but I really want the people in Ukraine to remember our team’s efforts. I want to say sorry we didn’t score but this is sport, this is how it happens. I’m just lost for words.” Oleksandr Petrakov, Ukraine coach

“I’m so proud of the guys, they thoroughly deserved it. The one thing these boys were missing was a World Cup and now we’ve got there. When you see what these guys do in training, I had full trust in them.” Rob Page, Wales coach