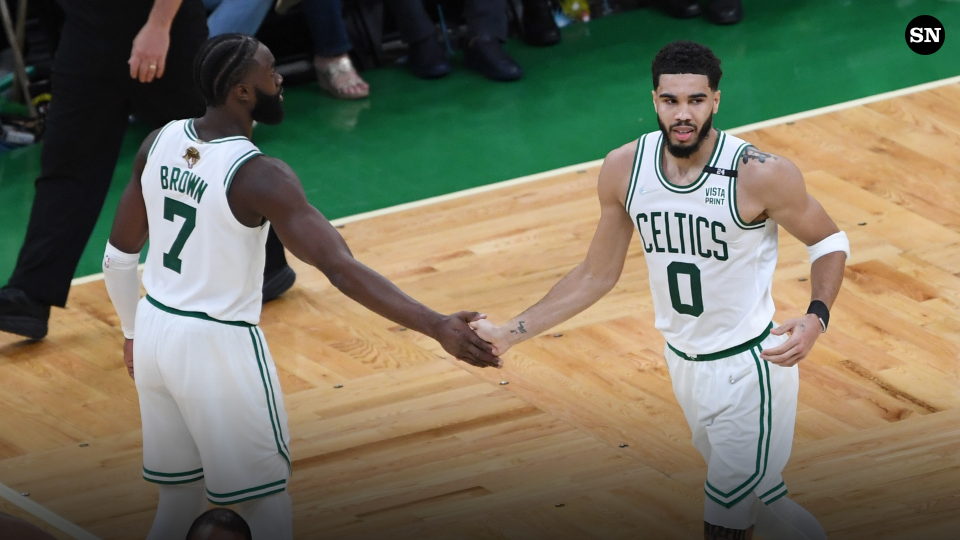 The Boston Celtics survived a third quarter slump to defeat the Golden State Warriors 116-100 to take a 2-1 lead in the NBA Finals.

After levelling the series at 1-1 in Game Two, the Warriors had all the momentum with them but they halted it themselves with a horrendous start as the hosts took full advantage.

Steph Curry was uncharacteristically wayward in his shooting in the opening quarter as he went four-from-nine and also chalked up two personal fouls as well as another in the second quarter.

On the other hand, Celtics star Jaylen Brown was at his explosive best, scoring 17 points in the first quarter on the back of six field goals from nine attempts as well as three successful three-pointers.

Klay Thompson’s bizarre method of watching his old YouTube highlights to help him get his shooting mojo back also did nothing in the first quarter, as he went 1-from-7 across all of his shots.

As the Celtics took a 33-22 lead to end the first quarter, Thompson and the Warriors found a pulse.

Thompson turned around his shooting woes and scored 12 points in 11 minutes as the Warriors continued to eat away at the Celtics’ lead.

At one point, Golden State went on a 8-0 run in the space of 40 seconds in the second quarter to cut Boston’s lead to just nine points, an impressive feat given the hosts were leading by more than 15 points at one stage.

Brown was quieter in the second quarter and only added five more points to the Celtics’ total.

However, the Warriors once again lived up to their reputation as third quarter specialists and flipped the game on its head.

A stunning four-point play from Curry after being fouled by Al Horford with five minutes remaining in the quarter was the major turning point, as Golden State found its groove while the Celtics floundered.

Curry ultimately ended the third period with 15 points, with the Celtics as a team scoring just 10 more points than that.

The Warriors even took the lead for the first time since the opening points with just under four minutes remaining as the TD Garden was stunned into silence.

However, the lead didn’t last long as a clutch three-pointer from Marcus Smart nudged the hosts back in front.

It was the third consecutive game in which the Celtics’ glaring issue reared its ugly head once again as Golden State outscored them in the third period.

But the Warriors went back into their shell for the final quarter while Boston finally found form.

Ultimately it was the Celtics’ big three that got the job done, with Brown, Smart and Jayson Tatum scoring 27, 24 and 26 points respectively.

For the Warriors, Curry ended with 31 points and was helped only by Thompson, who finished with 25 points.

Perhaps the loudest cheer of the night inside the TD Garden came when polarising Warriors star Draymond Green fouled out of the contest with 4:07 remaining as he ended with just two points, four rebounds and three assists in 35 minutes of action.

A worrying element of the game for Steve Kerr’s side was the differential in rebounds, as Golden State had a total of 30 rebounds to the Celtics’ 47.