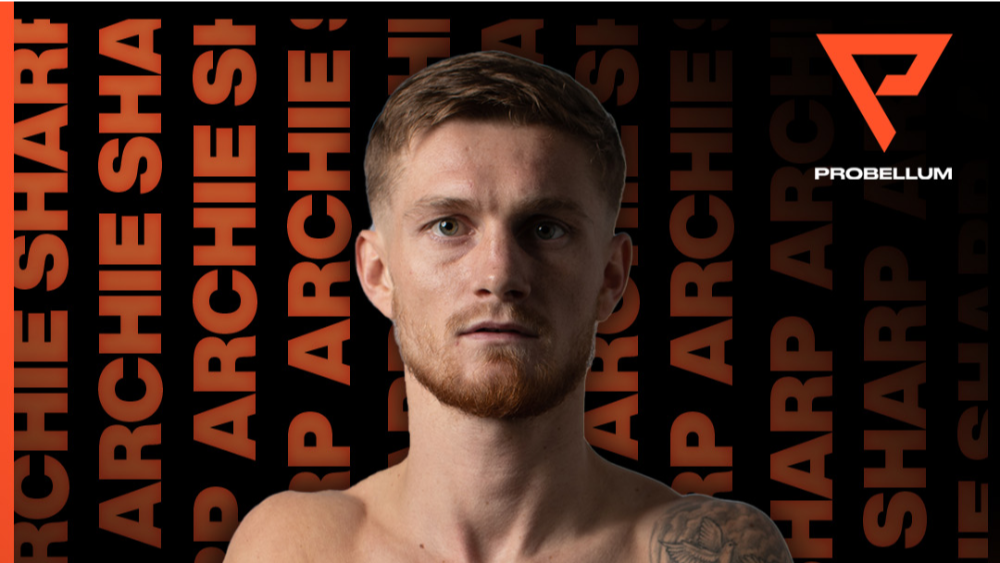 Archie Sharp has promised to send a message to world champion Shakur Stevenson by knocking out his opponent in Leeds this month.

The WBO’s No1 super featherweight contender, ends an eight month wait by returning to action at Elland Road on Saturday, June 18.

Sharp, 27, has been banging the drum for a fight with American star Stevenson and says by the end of 2022, he wants to have secured a shot at the unified title holder.

Essex fighter Sharp was sent a message on social media by Stevenson, in the wake of Joe Cordina winning the IBF crown, and insists it’s the clearest indication yet that the US man is rattled.

“I’m excited to get back in the ring, see my name up in lights and I can’t wait for the 18th in Leeds,” said the unbeaten Sharp.

“I will not be letting this fight go the distance.  I am determined to make a statement on my return and after that, I just want big fights.”

On Stevenson, Sharp added: “Stevenson mentioned me first and, at first, I just ignored him.

“But I got a notification on Saturday night after the Cordina fight, so I had to respond.  I am living in his head, rent-free, and he’s gone out of his way to message me.

“All I will do is keep poking, keep poking and keep poking and see what happens because, at some point, the WBO are going to make me the mandatory challenger for his belt, and he’ll have to fight me.

Sharp has been the No1 contender at 130lbs since November 2021 and says a WBO world title shot is his priority.

But the 21-0 man says he will be keeping a close eye on his former sparring partner Cordina, after the Welshman won the IBF title in spectacular fashion, earlier this month.

“Joe and I have shared rounds in sparring,” he said.

“He is a nice kid, as good as gold but now he has something that I want.  We’re familiar with each other and a fight with Joe is something I am also looking at.

“But ideally, I will get my shot at the WBO title first.”