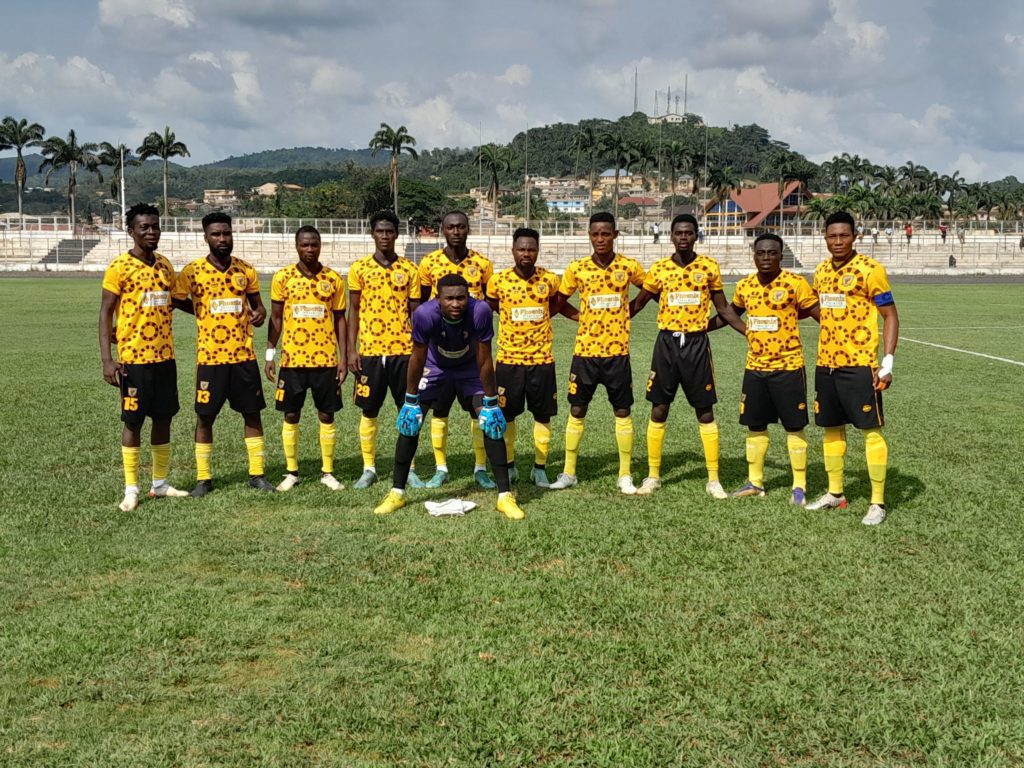 AshantiGold SC staged a very late comeback to oust Bechem United in the penultimate game of the season in the Ghana Premier League at the Len Clay Stadium in Obuasi on Sunday.

The Miners found the back of the net twice in the last five minutes of the match to ensure they claimed a victory in their last home game of the campaign.

Bechem came so close to registering the first goal of the match as early as the 7th minute but a shot from Paul Kwei Jnr was brilliantly saved by goalkeeper Dennis Votere.

Three minutes later the Hunters got the breakthrough after Emmanuel Avornyo headed home a beautiful cross from the left.

Haruna with another save to deny the Miners the equaliser in the 75th minute following an effort from Aminu Adams from the edge of the box.

AshantiGold finally got their equaliser in the 87th minute after substitute John Josiah Andoh connected a cross from Adams.

The Gold and Black outfit got the winning goal through defender Richard Osei Agyemang whose shot from distance beat goalkeeper Haruna.