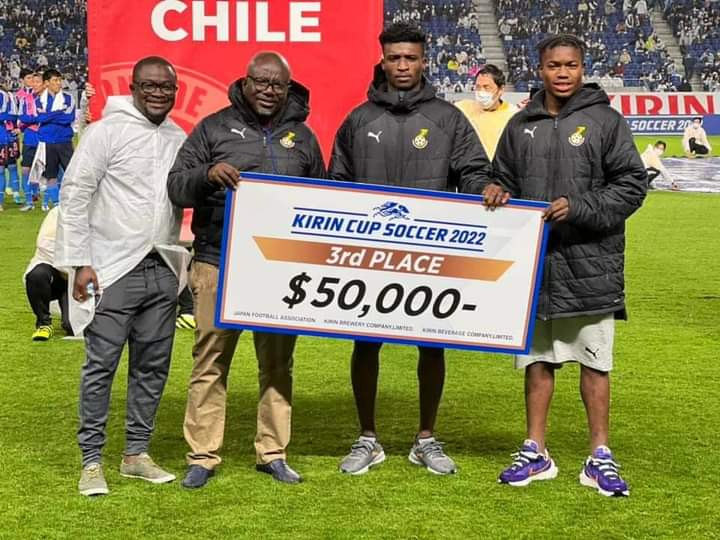 The Black Stars beat Chile 3-1 on penalties to place third in the four-team tournament.

Goalkeeper Manaf Nurudeen managed to save two penalties for Ghana.

A resilient Black Stars team managed to take the game to penalties despite ending the game with nine men after Seidu Alidu and Mubarak Wakaso all saw red.

Ghana had initially lost 4-1 to Japan in the opening game but managed to bounce back stronger by picking victory against the South Americans.