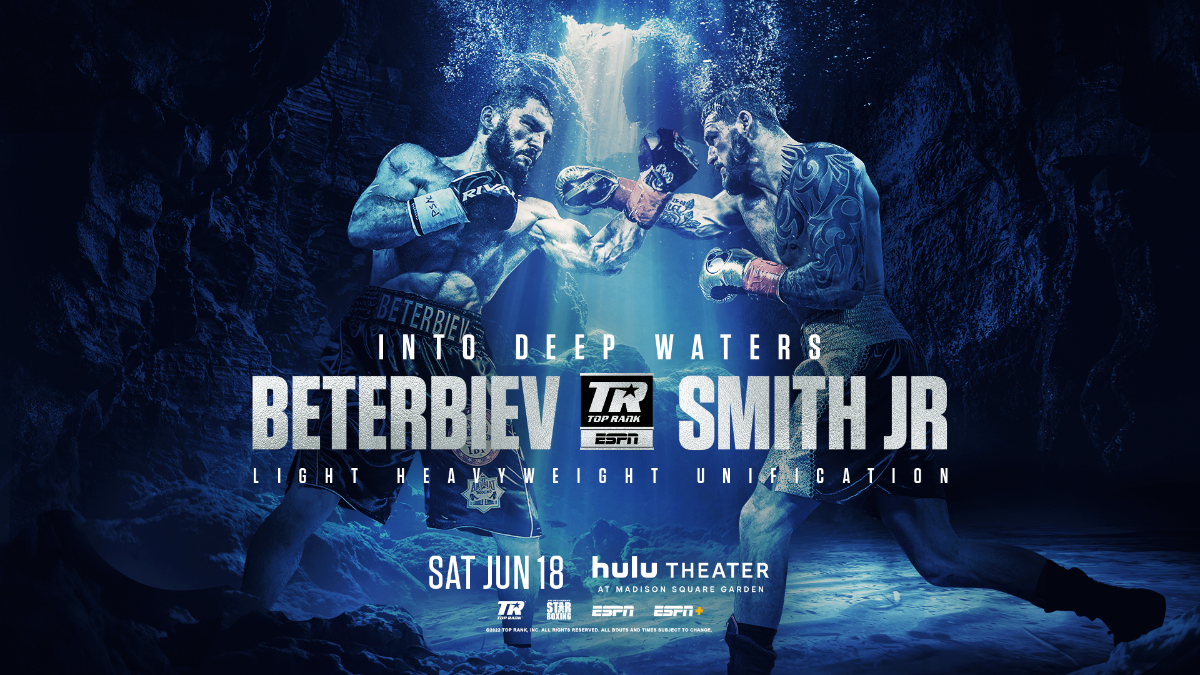 Beterbiev, a two-time Russian Olympian who now calls Canada home, is the only world champion in boxing with a 100 percent knockout ratio. He has been a world champion since 2017 and is widely regarded as the division’s top fighter. Smith, a one-time union laborer, cemented his “Rocky” story when he defeated Maxim Vlasov in April 2021 to win the WBO title. He defended that title in January with a ninth-round stoppage over Steve Geffrard.