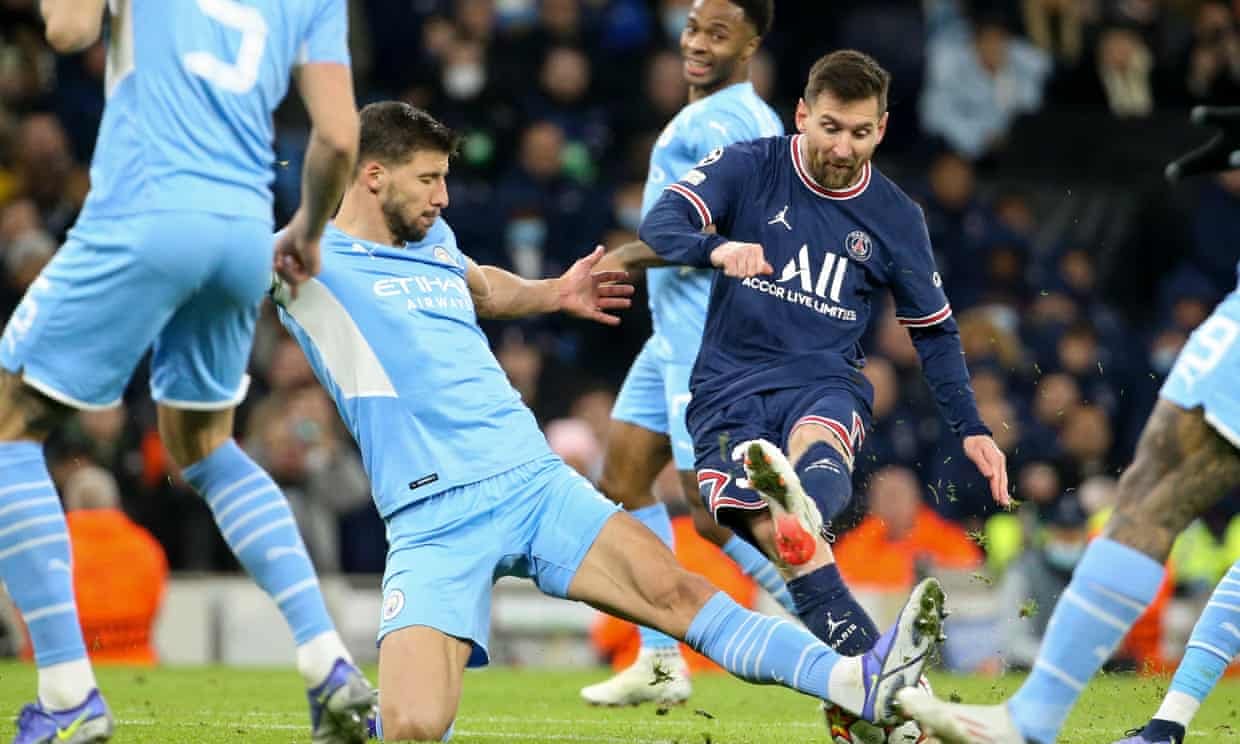 La Liga have formally complained to UEFA regarding Manchester City and Paris Saint-Germain, claiming the English and French champions are in “continuous breach” of financial fair play rules.

The striking intervention on the part of the Spanish top flight and its president, Javier Tebas, continues a growing civil war within European football, which exists beyond the dividing lines created by the European Super League.

La Liga said it believed that money earned by the two “state clubs”, owned by entities related to the Gulf states of Abu Dhabi and Qatar respectively, “artificially inflate the market, with money not generated within football itself”.

“La Liga understands that the irregular financing of these clubs is carried out either through direct injections of money or through sponsorship and other contracts that do not correspond to market conditions and do not make economic sense,” the statement said.

It also revealed that La Liga has hired legal representation in Switzerland, home of UEFA, to pursue a case against PSG’s president, Nasser al-Khelaifi, for alleged conflicts of interest.

The row erupted when PSG beat Real Madrid to the signing of Kylian Mbappé this summer, renewing the contract of the France forward on a three-year deal. La Liga immediately complained to UEFA over this deal, claiming it was not possible under FFP rules, something PSG deny.

Neither City nor PSG would comment on the latest claims, but both clubs are known to deny wrongdoing and to hold a scornful opinion of La Liga and its own funding arrangements. Barcelona, whose president, Joan Laporta, on Tuesday called for stricter rules regarding state ownership of football clubs, recently reported a hole of €500m in its finances but completed a €55m deal with City for Spain’s Ferran Torres in January.

The individual complaint against Khelaifi will heighten tension further within Uefa, where he and Tebas are members of the executive committee. La Liga said it was “looking into different representation options due to possible conflicts of interest for Nasser al-Khelaifi arising from his various roles at PSG, Uefa, the European Club Association [ECA] and BeIN Sports”.

Khelaifi assumed the chair of the ECA after the collapse of the European Super League project last year. Whereas Barcelona, Madrid and City were members of the breakaway league, PSG chose not to join the project. This put the French team on the same side as La Liga, which was a vocal opponent. BeIn Sports holds the rights to a number of European football competitions, including Ligue 1 in the French domestic market. PSG insist that Khelaifi makes no executive decisions on behalf of the broadcaster and that potential conflicts of interest are consistently reviewed by his lawyers.

PSG and City have previously had FFP investigations by UEFA quashed on appeal. PSG were cleared of breaches in 2019, and a subsequent attempt to reopen the investigation was shut down by the court of arbitration for sport. In July 2020 CAS overturned a two-year Champions League ban imposed on City by UEFA.