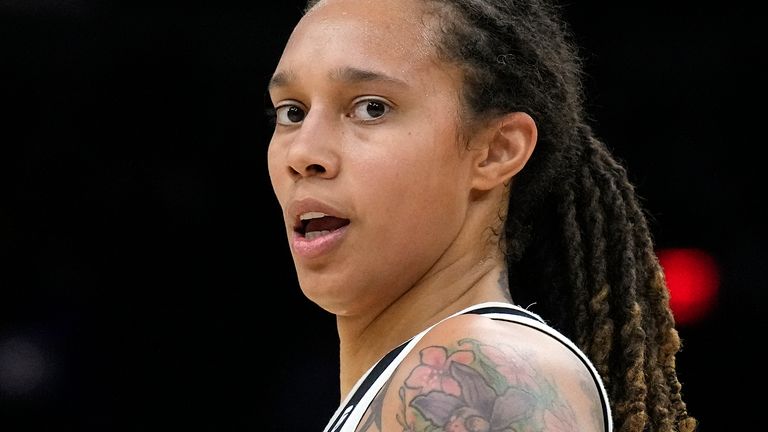 American basketball player Brittney Griner’s pre-trial detention in Russia has been extended to July 2 at the request of investigators, Russia’s TASS news agency reported on Tuesday.

The WNBA seven-time All-Star was detained at a Moscow airport on February 17 when a search of her luggage allegedly revealed multiple cannabis oil vape cartridges. She could face up to 10 years in prison.

The US State Department became aware of Russia’s extension of her pre-trial detention through media reports, department spokesperson Ned Price said at a media briefing on Tuesday, while repeating calls for her release.

The Boston Celtics showed support for Brittney Griner ahead of the NBA Finals. The WNBA star has been detained in Russia for more than 100 days after vape cartridges containing oil derived from cannabis were allegedly found in her luggage

“This case is problematic from top to bottom. It is precisely why we have characterized Brittney Griner as an unlawful detainee.

“It’s precisely why we are doing everything we can to seek and to affect her prompt release from Russian detention.”

Brittney Griner in action for the Phoenix Mercury

Griner’s team, the Phoenix Mercury, and the WNBA did not immediately respond to a request for comment. A representative said that Griner’s family declined to comment at this time.

The State Department determined in May that the 31-year-old two-time Olympic gold medallist was wrongfully detained and has assigned diplomats to work for her release.

Representatives of the Mercury have also met with the US State Department, including the Office of the Special Presidential Envoy for Hostage Affairs.

“On June 13, representatives from the Department, including the Office of the Special Presidential Envoy for Hostage Affairs (SPEHA) met with the Phoenix Mercury,” the State Department said in a statement provided to Reuters, declining further comment.