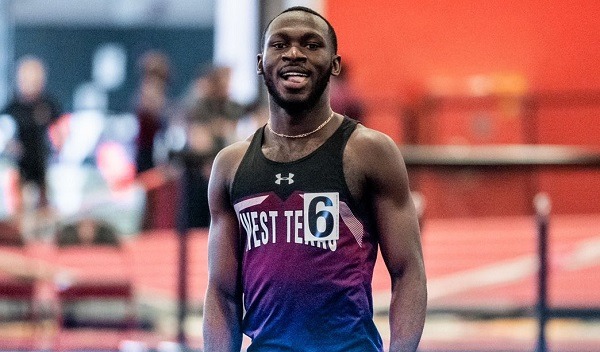 Ghanaian sprinter Benjamin Azamati is looking forward to improve his time when he races in his second 100m event in the Diamond League Meet in Paris on Saturday, June 18.

On Thursday and in his first ever Diamond League race organised by the World Athletics, Azamati who holds the record in Ghana for the 100m, finished fourth with a time of 10.15secs., behind Canadian and Olympic 200m champion, Andre De Grasse who won the race, as well as Great Britain’s Reece Prescod (10.06) and South Africa’s Akani Simbine (10.09) in that order.

Azamati’s time is nowhere near his personal best and the new national record of 9.90secs ran at the 2022 Texas Relays earlier in March, and though he was disappointed with his time in Oslo, he was nonetheless happy that he made it into the top four of this first sprint race and is looking forward to improving upon that performance in Paris on Saturday night.

“The rains and the wet tracks did not help matters as I was hoping to get a better time, but I must say that it is a good start and I’m looking forward to doing better on Saturday night in Paris,” Ghana’s 100m record holder said.

At the Stade Charlety in Paris, he is likely to race against De Grasse and Prescod again but Simbine has said he won’t be in that race.

Azamati, a former student of the University of Ghana and currently of West Texas A&M University in March 2021, at a college meet in Texas, first broke the 22-year Ghana national record in 100m held by Leo Myles Mills with a time of 9.98secs by a second to record 9.97secs.

He is considered one of the brightest African stars in the sprints as he is making steady progress and which has earned him a place in World Athletics’ prestigious Meet for top performers.

The 24-year-old is the first Ghanaian to feature in the Diamond League since Myles Mills, Eric Nkansah, Andrew Owusu and Aziz Zakari did it between 1998 & 2005 and made the Golden League final.