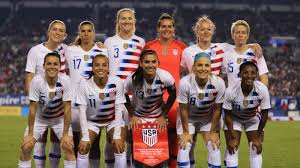 Just as they did three months ago , Slovenia (45th, +2) and Philippines (53rd, +1) have reached their highest ever positions in a FIFA/Coca-Cola Women’s World Ranking still dominated by USA and which has changed little since 25 March 2022, despite 130 matches being played in that time.

There should be plenty of changes in the weeks ahead, however, with the UEFA Women’s EURO 2022 on the schedule, not to mention qualifying matches for the  FIFA Women’s World Cup Australia/New Zealand 2023 in the OFC, CONMEBOL, CAF and CONCACAF zones.

To find the highest climber, you need to look outside the top 100, where St. Kitts and Nevis have risen a whole eight places (130th, +8).

The next FIFA/Coca-Cola Women’s World Ranking will be published on 5 August 2022.