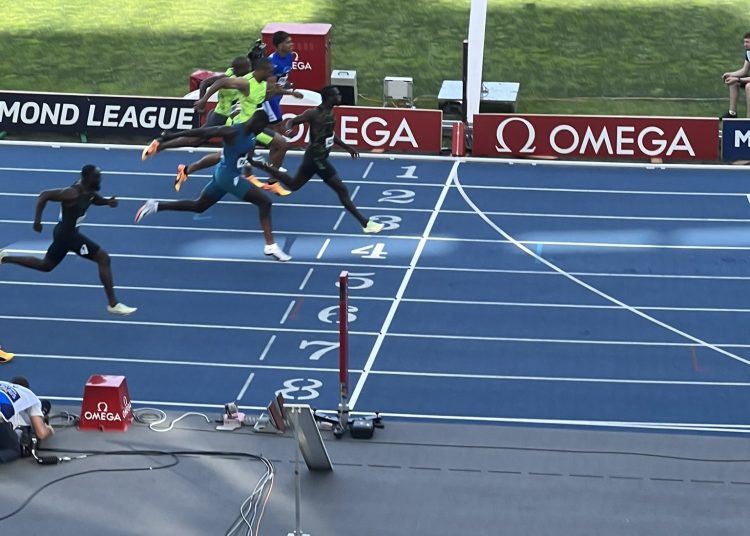 Benjamin, who finished fourth in the Oslo Diamond League meeting days ago, run a time of 10.25 seconds to beat all 7 contenders at the Stade Charlety despite difficult conditions.

It is certainly a double joy for Azamati who has just been signed by AISCS for the next 2 and half years.

The athlete, now the face of AISCS Global Sprints, gave his competitors more to think about in the future with this latest performance.

It was hot in Paris as athletes had to run into a headwind of -1.6.

Despite stumbling at the very start of the race, Benjamin managed to get over the line.

His compatriot, Sean Safo Antwi came in sixth with a time of 10.45s.

The Diamond League meetings are part of preparations for the upcoming World Athletics Championship and Commonwealth Games.