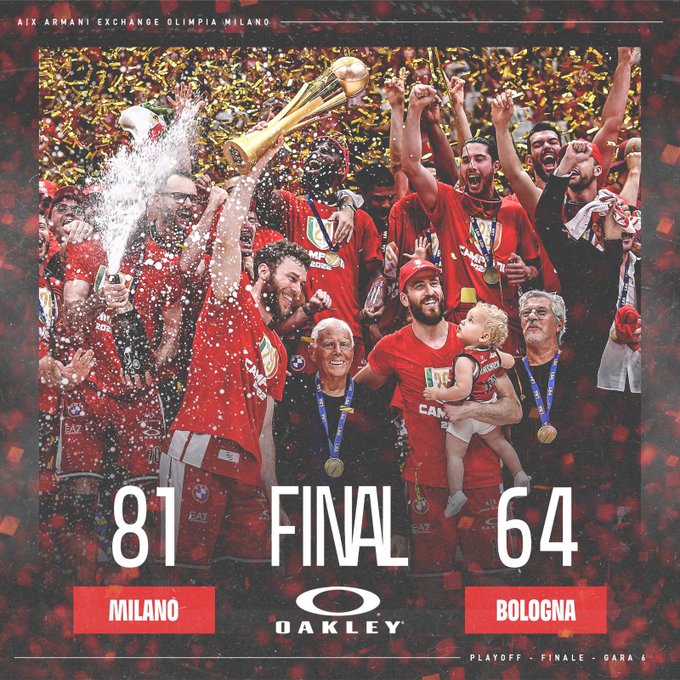 Milano scored an 81-64 win in Game 6 of the series to win the series via a 4-2 result. The title win is Olimpia’s 29th in league history.

Bentil won the Greek A1 League title twice during his two year run with Panathinaikos in Greece; he also won the Greek Cup title with the Athens based club.

Bentil joined Milano from Turkish side Bahcesehir Istanbul Koleji earlier this season and registered six points, two rebounds, three assists, a block and a steal in 21 minutes as a starter.

The 6 foot 8 inch Power Forward/ Small Forward Bentil played a key role off the bench for Milano in the regular season before moving into the starting unit in the playoff run. In 17 regular season games, Bentil averaged 10.2 points, 4.5 rebounds and 1.1 assists.

In the playoffs, Bentil averaged 7.4 points, 3.9 rebounds and 1.1 assists in 12 games; Earlier in the season, Bentil won the Italian Cup with Milano not too long after joining the team.