Francis Hema: “We had to cross the river without life-jackets to tell the story the natural way - It was scary” 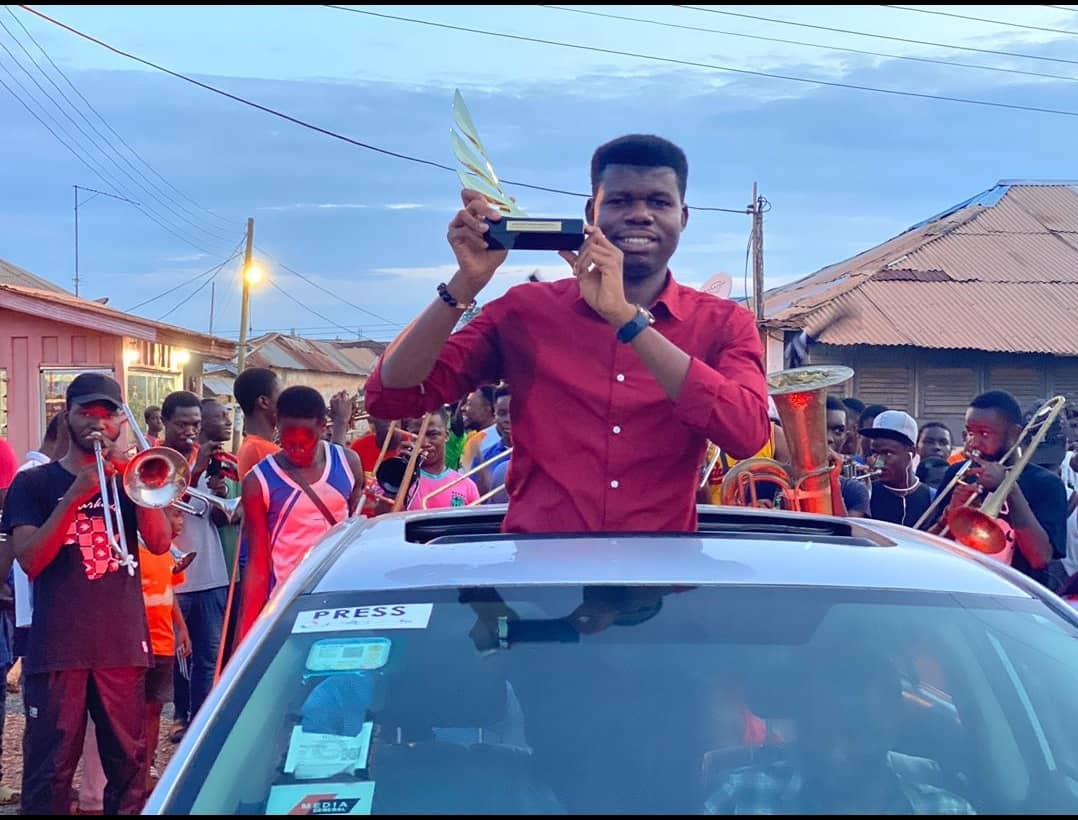 One of the many tweets about Francis Hema on June 12, 2022 drew almost 8,500 likes. Such was the overwhelming, viral attention he got back home in Ghana on the day this promising young journalist claimed first place in the Young Reporters Broadcasting category during the AIPS Sport Media Awards 2021 ceremony in Doha.

Hema, who was obviously shocked as he walked up to the stage, said: “I don’t even know where to start. This journey started way back in 2016 and I’ve had lots of people doubting me, others also believing in me but one thing that has kept me going is the passion.

“When we were travelling to shoot the Pra Babies story. I told the production team let’s give it our all something better will come out of it and tonight all the way from the Western part of Ghana I am standing here in Doha holding this award as the best young reporter broadcasting.

“And what makes it much more exciting is the fact that I have got my (SWAG) president here, Mr. Kwabena Yeboah and the legendary Joe Lartey – these are the people that growing up we used to watch them and I’m very sure that sir I have made you proud.”

Hema, whose feat grabbed headlines in countless media outlets, told AIPS Media about his journey to the Awards podium.

His work “Against all odds: Pra Babies hoping to make it through adversity”, shows that the children of Atweneboandah, a small community in the Western region of Ghana known for farming and fishing, have found something to hold onto, something that gives them pure joy: football.

–How and when did you start as a sports journalist?

-It all started for me in 2016 when I was invited by one Abaidoo Abednego to Goodnews FM for football game between Manchester United and Chelsea FC in the Premier League, I appeared as a Chelsea fan. From there, I became a mainstay on their panel. I got the chance in 2017 when Focus 1 media added me to their sports team as an analyst for few years. Through Benjamin Quansah, I got employed by Media General and met Juliet Bawuah who is the head of the Sports team. Juliet schooled me on how to tell special stories for TV.

-Can you describe what inspired you to make this submission that reached the AIPS Awards 2022 final?

–The morning after the Pra Babies story was aired, Juliet Bawuah sent me messages that we will file the story for the AIPS Sports Media Awards this year. She assisted in the process and here we are.

-Please tell us what you have faced during the production/creation of this work and what difficulties you needed to sort out to make it happen?

–I remember the night before making the trip to go and record the story, Juliet Bawuah sent me messages asking for my plan for the story, I told her and she said I should go and do it my own way. When we got there, one challenging thing was a life jacket. We had to cross the river without it to tell the story the natural way. It was scary but we did.

-Please tell us what was your emotion as you were advancing to the next round and what happened when you saw your name in the final 3?

–I was satisfied after making it into the long list which was published. It made me feel my story was good. I was on my way to record a different story when I got the mail from AIPS that I had made it into the top 3, I nearly cried. For a second, I didn’t believe my eyes that my work was selected among the top 3 in the world.

-What can the AIPS Sport Media Awards bring to the profession and to the new generations of journalists?

–It can encourage journalist to tell compelling journalistic stories which can break boundaries and be recognized globally. It also helps Journalist enhance their capacity and build network which is very important in sports journalism, if you don’t build a lot of network, you will end up in big trouble as a sports journalist.

-In your opinion, what is the biggest challenge for sports journalism in the present and in the future? Why?

-I feel most journalist are not well resourced. For where I come from, there are lot of good journalists but the resources to push their story ideas is the major problem.