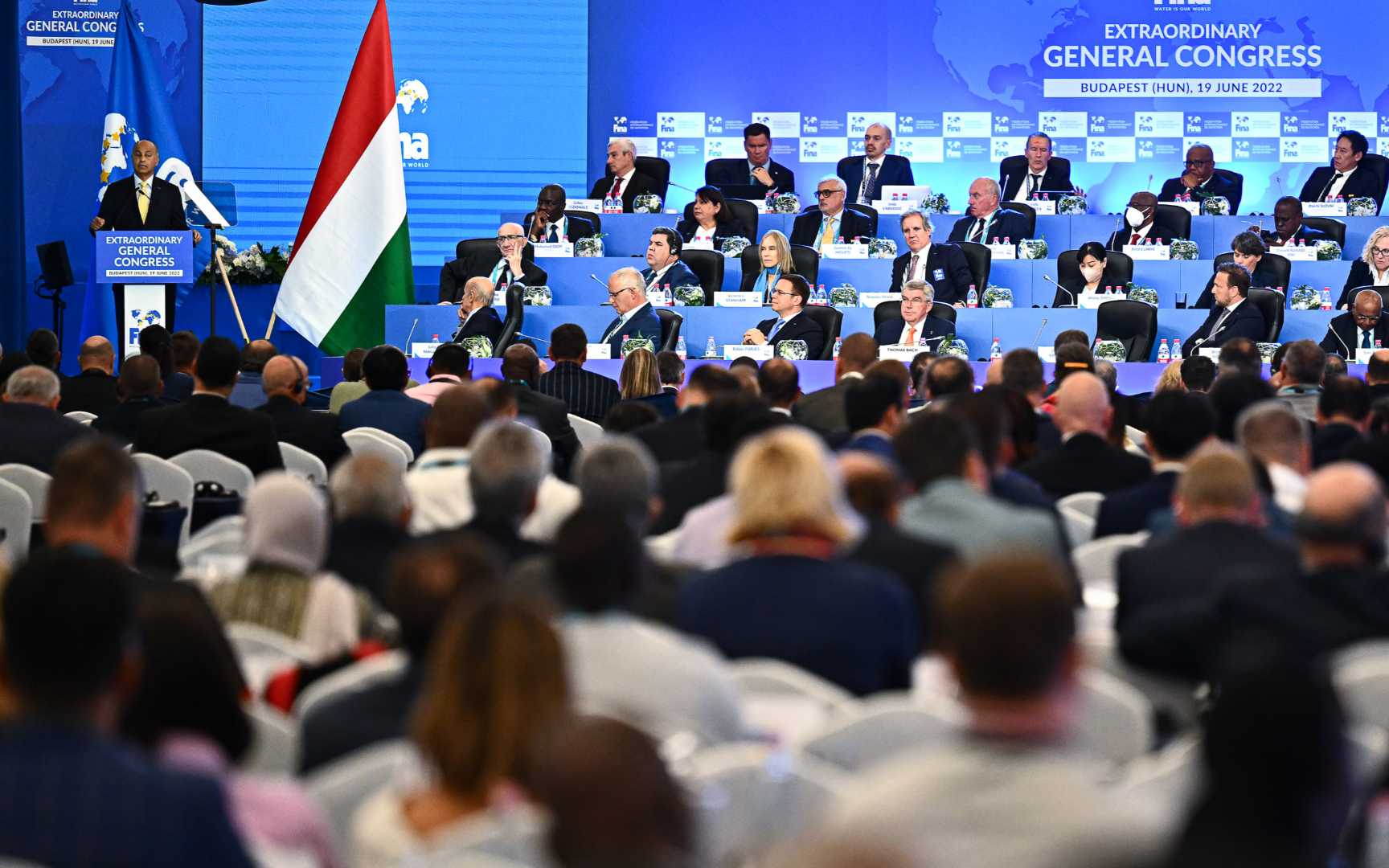 FINA has held an extraordinary general congress today in which delegates from all over discussed openly about creating a new category in some of the FINA competitions. In the final vote, the new athlete policy of gender inclusion was approved with 71.5% in favour.

LIA THOMAS The participation of transgender athletes in competitive sports has been a hot topic and a few months ago a swimmer, Lia Thomas, found herself at the centre of this unending debate after becoming the first known transgender athlete to win an NCAA swimming title with a victory in the women’s 500-yard freestyle. Her victory was not acknowledged by the Florida Government, which stated that it “undermined the integrity of the competition”.

COMPETITIVE FAIRNESS At the congress today, Brent John Nowicki, FINA Executive Director, was in charge of presenting the decision that FINA has taken on this issue with its policy on eligibility for the men’s and women’s competition categories.

“The most important is that FINA’s approach emphasized competitive fairness,” Nowicki remarked at the beginning of his presentation. A presentation that had three points of view: scientific/medical, legal and human.

SEX-LINKED ADVANTAGES The medical group was represented in the congress by Dr Michae Joyner and Dr Sandra Hunter and they reported that there are sex-linked biological differences in Aquatics, especially among elite athletes, that are largely the result of the substantially higher levels of testosterone to which males are exposed from puberty onwards. Prior to puberty, testosterone levels are similar in females and males. During puberty, however, testes-derived testosterone concentrations increase 20-fold in males, high testosterone levels generate not only anatomical divergence in the reproductive system but also measurably different body types/compositions between sexes.

HUMAN RIGHTS The legal group was formed among others by prof. Doriana Coleman and Dr James Drako. They were in charge of explaining the policy, always making it clear that human rights must be respected.

“I love everyone and I would like them to succeed because of the body they have,” began Sanders, “we want fairness and clear decisions”.

“Inclusion is a common principle, the most important principle,” said Campbell.

ENSURE INCLUSION WITHIN PRINCIPLES OF FAIRNESS After the two athletes spoke, Nowicki concluded that “FINA recognizes that the application of this policy means that certain individuals may not be able to compete in the category that best aligns with their legal gender, gender identity or gender expression but all of us as a sporting community must always within the principles of fairness ensure the inclusion of all the individuals irrespective of their gender orientation and should always treat the pool as a safe and respectful environment for all of our athletes.”

CREATION OF AN OPEN CATEGORY Before taking the vote on the policy, FINA President Husain Al-Musallam said; “We have to protect the rights of our athletes to compete, but we also have to protect competitive fairness at our events, especially the women’s category at FINA competitions.

“FINA will always welcome every athlete. The creation of an open category will mean that everybody has the opportunity to compete at an elite level. This has not been done before, so FINA will need to lead the way. I want all athletes to feel included in being able to develop ideas during this process,” he added.

SIX MONTHS The working group that will be in charge of establishing the open category will be given six months to do its findings and submit their proposal. The transgender theme was concluded with representatives from different countries congratulating FINA on its approach. The debate is surely far from over and like Husain, Al-Musallam stated, FINA does not have all the answers.

In line with the recommendations of the International Olympic Committee (IOC), it is expected that more international federations will come up with sport-specific policies on trans inclusion. This may be the beginning of a new era in the sports world. The debate rages on.