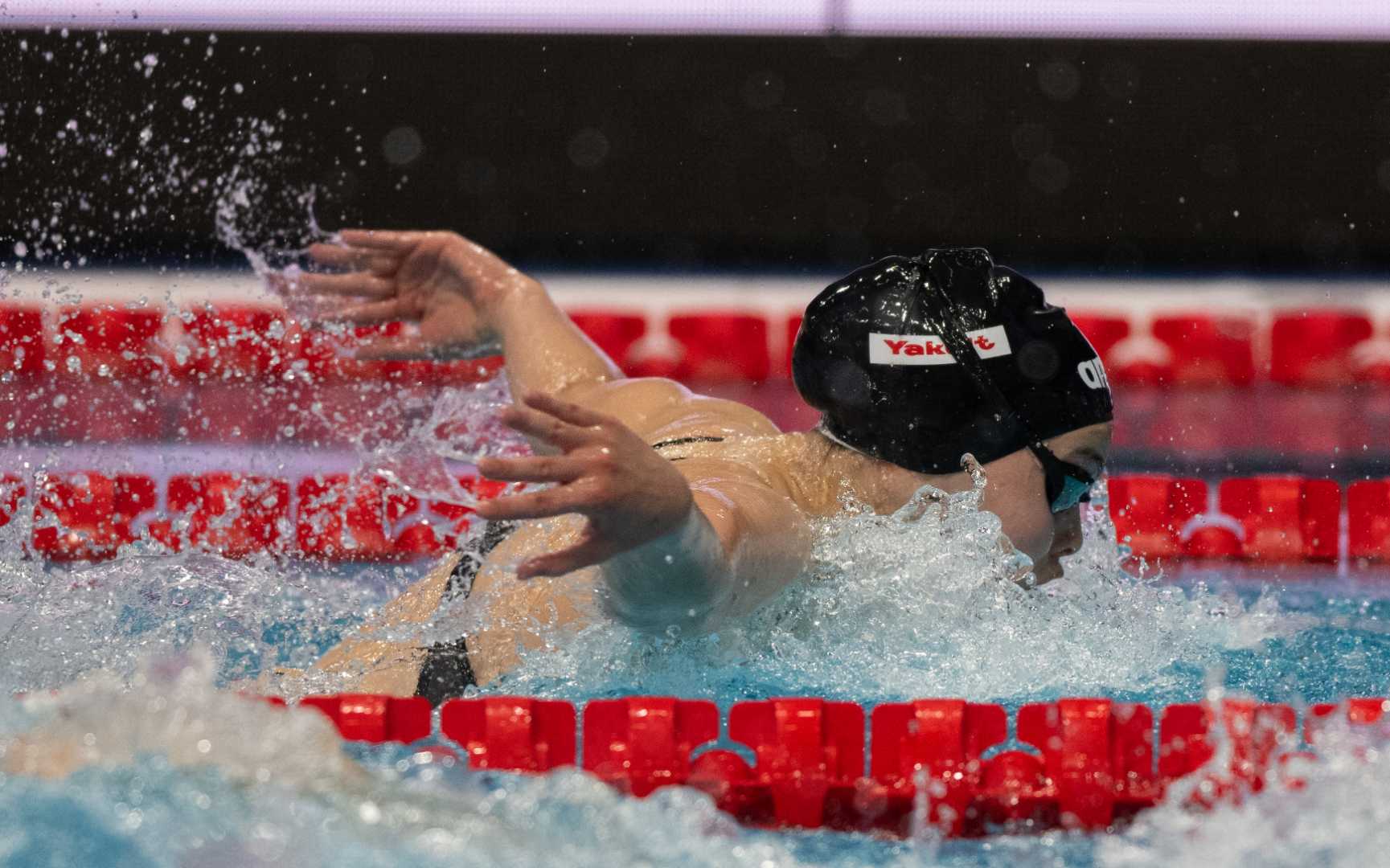 A few years ago when Lana Pudar and her father were walking down the street, people said, look at the daughter of Velibor Pudar, the soccer player, now people say that’s Lana Pudar’s father. Today, she did not make the podium but Pudar, who is one of the youngest swimmers competing in the FINA World Championships 2022, reached two finals, all of this without an Olympic pool in Mostar, a city in southern Bosnia and Herzegovina.
The 16-year-old spends more than six months away from her home and school in order to be ready to compete: “This is becoming more and more difficult for me. As I am getting better results, my training is harder and I spend a lot of time away from my parents, friends and school and this makes it harder for me,” says Bosnia’s teenage swimming sensation.
SOMETHING SPECIAL The story of how she got here began when she was five and a half years old and her parents enrolled her in a swimming school simply so that the little girl could learn to swim and she could go to the sea with her family. The trainers saw something special in her, so they suggested she start training. Lana fell in love with swimming. At no time did she lack the unconditional support of her family and the advice of her father, a former soccer player and current coach. Different sports but the same rules to achieve success, discipline and hard work, because talent alone is not enough if you want to reach the top.

FIRST OLYMPICS “In my first Olympic Games I was a bit scared and I didn’t get the best results, it was the first senior competition in which I competed,” explains Lana modestly about her beginnings.

“At the end of 2020, for the first time I had started to get some results that drew attention, but then it was in the small pool, 100m Dolphin and I remember that race because it was where I broke the record for the most points scored in the history of Bosnia,” explains Lana.

BEGINNINGS Her beginnings were not easy, two parents who worked, but always found time so that their daughter could dedicate herself to what she liked the most. In addition, it was not easy to find the means as she only had the support of her parents and her club “Orka Mostar”.

“When I was little I always dreamed of the Olympic Games, competing in big competitions and in general I like to train, I like to compete, to make an effort. I enjoy all of that, but in the beginning I didn’t have any plan or goal, it was just a dream that I had back then. In the end, everything came by itself,” recalls the swimmer.

FIGHTING GIRL In 2016, I met this promising youngster. I ran into her at the gym and I wasn’t sure who she was. I remember her as a fighting girl, who cried in pain, because her muscles were already exhausted, but she didn’t want to stop training, she wanted to continue.

Years passed and that girl became a promising swimmer, the first in BiH to win a gold medal, in the 100m fly at the European Junior Swimming in Rome. In the same competition she won two silver medals – 50m Butterfly and 200m Butterfly. In Abu Dhabi in December of that same year, she again climbed the podium, this time for a bronze. Between the two competitions, again in the gym, I found Lana in her locker room with a cast on her leg and crutches in her hands. Yes, the young Pudar got injured in a competition, but she did not want to stop training.

SAME DESIRE TO COMPETE This time, I have seen Lana Pudar in Budapest, with her same brown hair, the same brown eyes, the same smile that spreads to everyone and the same desire to compete that she had when I first met her. But she is no longer a child now she is a strong young woman. Her love for what she does has brought her to Budapest and will take her to many more competitions: “Olympic gold is something I am fighting for,” says Lana smiling.

Meanwhile in Mostar and in BiH, thanks to Lana, many are following swimming, and there are already many children who want to be like her.