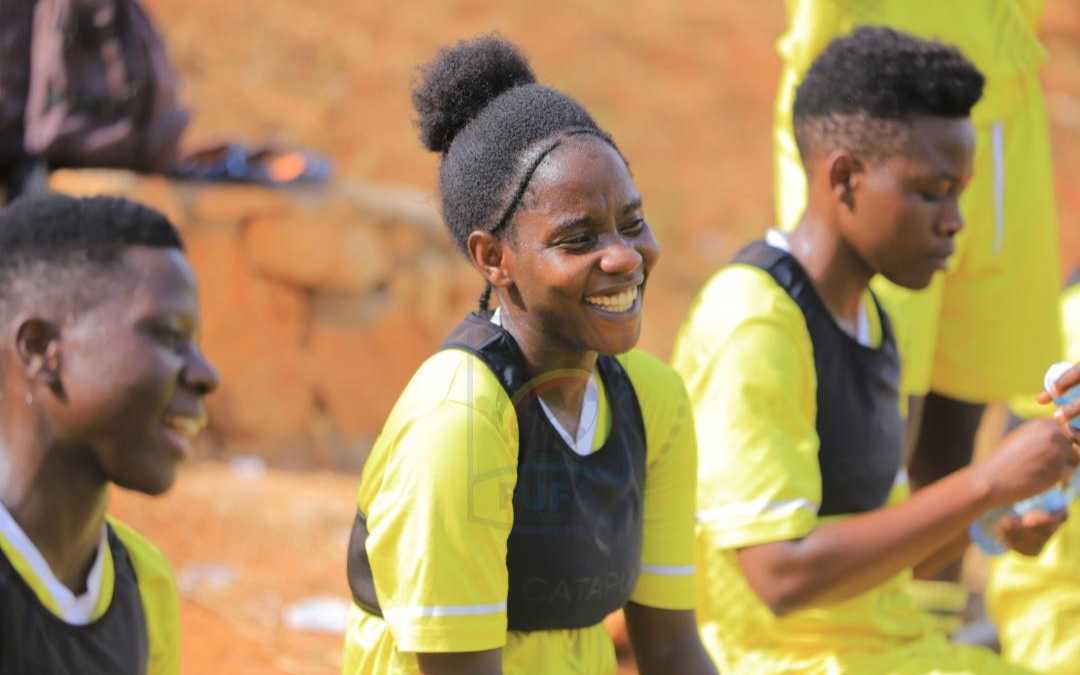 When Annet Nakimbugwe and her trailblazing teammates took Uganda to the Women’s Africa Cup of Nations for the first time in 2000, she most likely never envisaged that her two years and nine months old daughter would follow in her footsteps.

YEARS LATER Fast forward 22 years and that little girl, Hasifa Nassuna, born on 16 February 1998, is one of the stars to watch out for in the 12th edition of the Africa’s premier women’s football tournament as Uganda make their second appearance on the continental stage from 2 July in Morocco.

SOUTH AFRICA 2000 Playing as a midfielder, Nakimbugwe scored one of the two goals with which Uganda beat Réunion 2-1 for their first-ever win in the Women’s AFCON over two decades ago in South Africa, but it was not enough to see the Crested Cranes progress beyond the group stage. With one win, a draw and a defeat Uganda finished the group stage on the same points as Zimbabwe (4) but were edged out on goal difference.

Nassuna, who was a little over a month old when Uganda played it’s first international women’s match in 1998, now hopes to pick up where her mother left off as she and her teammates look to write a new chapter in the history of women’s football in Uganda. “I want to put out a good show,” she said.

ACHIEVE GREATER THINGS Her mother is rooting for them: “I worked hard, reached and even scored a goal at the continent’s biggest platform, so I want her to do better than that. I want her and her colleagues to push themselves beyond the limits and achieve greater things,” Nakimbugwe told Ugandan website Monitor.

“We didn’t even have enough exposure but we tried; the federation has given them a lot and they should push themselves and use these chances. They should make the country proud and that will open their chances at bigger clubs abroad,” she added.

100-GOAL MILESTONE Nassuna recently captained Uganda to their maiden CECAFA Senior Women’s Championship title and will be Ruth Aturo’s first assistant at the Women’s AFCON in Morocco. The 24-year-old is already one of the most celebrated women footballers in her country, recently becoming the first player to reach the 100-goal milestone in the FUFA Women Super League, which began in 2015 as the FUFA Women Elite League.

She is the all-time top scorer in the league, has won three MVP and three top scorer awards, four league titles and was named FUFA female footballer of the year in 2016.

FOOTBALL BUILT MY FUTURE It was football that earned her a scholarship to study at the Kawempe Muslim Secondary school, and now she is pursuing a bachelor’s degree in Mass Communication.

“Football has built my future. And even as I celebrate the goals I have scored, more importantly, football has given me some status in society, earned me recognition, contacts and friends, alongside whom I have built a life to be proud of and also look forward to,” Nassuna told The Observer.

ROLE MODEL Nassuna didn’t have to look far to find a role model in the women’s game. Her mother inspired her love for the sport and has held her hand every step of the way. “When I was young, I would go to the training sessions to watch my mum play. I would even go  and watch their matches. That is how I developed interest in the game. She bought me my first playing boots and encouraged me to play also,” Nassuna told Kawowo in 2015.

MOTHER-DAUGHTER RIVALRY It was in that year that the mother-daughter on-the-pitch rivalry between Nakimbugwe and Nassuna dominated headlines in the maiden edition of the women’s league in Uganda. With Nakimbugwe playing for Buikwe She Red Stars and Nassuna representing Kawempe Muslim, they faced off three times, including the final, and Nassuna won all the matches. Their rivalry was reignited in 2017 with Nakimbugwe now wearing the colours of Kampala Queens, but Nassuna still had the upper hand both home and away.

Uganda are in Group A of the 12th Women’s AFCON, alongside hosts Morocco, Burkina Faso and Senegal. They fancy their chances in a group without any of the continent’s women’s football heavyweights and Nassuna is expected to play a key role in ensuring that they at least book one of the World Cup tickets on offer at the tournament.