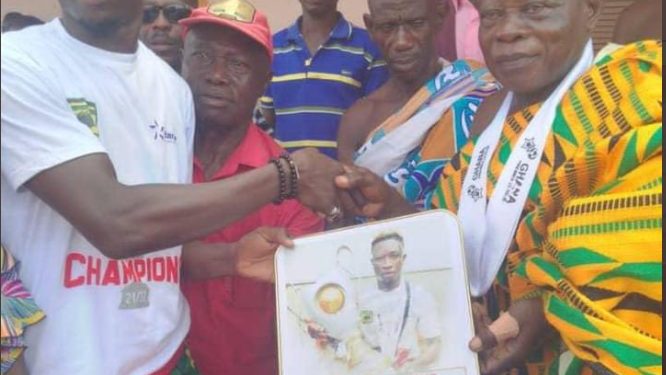 Asante Kotoko winger, Stephen Amankona, will have a village named after him, if he is able to build on the land allocated to him, according to the chief of Jinijini, Nana Baffour Tutu.

Stephen Amankona was awarded four plots of land and cash for winning the Ghana Premier League title with Asante Kotoko this season and also being the first player from the community to play for Kotoko.

The Chief of Jinijini indicated that Stephen Amankona’s achievement will encourage many of the youth in the town to follow in his footsteps.

“We decided to reward him because of hard work. There are a lot of players with talent in this town and this is to encourage those behind so they work harder and play to the highest level. By doing so the town will also be popular,” Nana Baffour Tutu explained in an interview on Wamputu Sports on Happy FM.

“If he builds on the land that has been given to him, that area will be named after him. It will be called Amankonakrom,” he added.