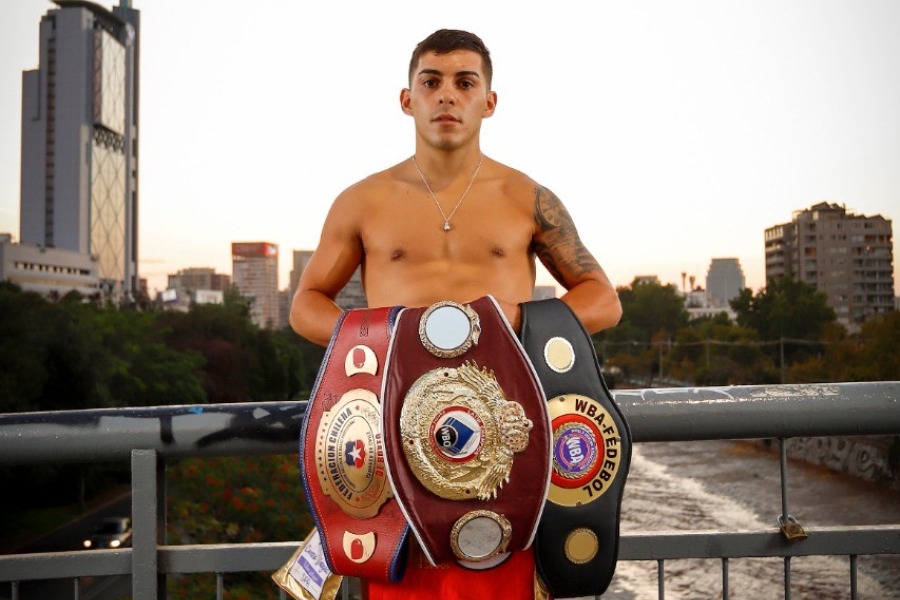 The Chilean Crocodile has continued his ascent up the world rankings, as he features in both the WBO and IBF top ten with his eyes firmly set on world champion Sunny Edwards.

Edwards is known as an excellent fighter, a boxing purist’s dream, that’s brash personality reflects in his skills, as he recently outclassed the game Muhammad Waseem.

Campos has been moved in a timely manner by his manager, Dragon Fire Boxing head honcho, and Oceania Boxing dynast Tony Tolj. The Chilean flyweight discussed his career so far and his hopes moving forward.

He said, “I am very happy with how my career has progressed under the guidance of Tony Tolj and the Dragon Fire Latino team. I am grateful to be in the world ratings now with many of the sanctioning bodies and I know I am in a position to challenge for a world title soon.

“I have been built in Chile and I am very appreciative to have the Chilean people backing me. Having their support means everything to me and I fight for the people of Chile. I want to become world champion for Chile and show the world that we have great boxers in this country.”

Campos has eyed a showdown with current IBF champion Sunny Edwards and the South American sensation opened up on a potential clash with English stylist Edwards.

Campos stated, “I’d love to fight Sunny Edwards. He is a great champion but he moves a lot. I am a fighter, a real fighter and I come to fight, so this fight would be interesting as a clash of styles.

“I am a fresh fighter, I am not like some of the fighters he has boxed who are old or have been in too many hard fights. I am a fresh younger challenger with nothing to lose. That is scary for any champion, but I believe Sunny Edwards is a fighting champion, and if he cannot find an opponent I guarantee he can find a dance partner in me.

“Lots of fighters are all bark no bite, I bite like a crocodile, I am not ordinary and I believe that bite takes me to becoming a world champion.”