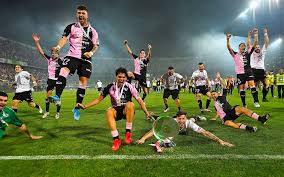 City Football Group has entered the Italian market by acquiring a majority stake in Serie B club Palermo.

CFG has invested in Palermo as the Sicilian club continues its recovery by competing in the Italian second tier this season following promotion via the Serie C play-offs in 2021-22.

Now operating in Italy’s second division – Serie B – Palermo are CFG’s 12th addition to their portfolio. Manchester City are their main focus, but the likes of New York City FC and Girona have also benefitted from their investment on and off the pitch.

CFG’S chief executive, Ferran Soriano, has been discussing the purchase and what they hope to bring to the football club in the future. As reported by Business Live, he said: “Palermo is a great and historic club with a strong and proud identity.

We will work with Dario Mirri to continue his outstanding work to grow Palermo sustainably over the years ahead. This is a very special club, and our role will be to add value to all of the things which make it so special and steadily improve performance on and off the pitch, using our experience and know-how.

“Italy is one of the world’s most exciting and passionate football countries, with a rich history of national team and club success, passionate supporters and a track record of fantastic footballers. We are delighted that City Football Group has extended its presence in Italy.”