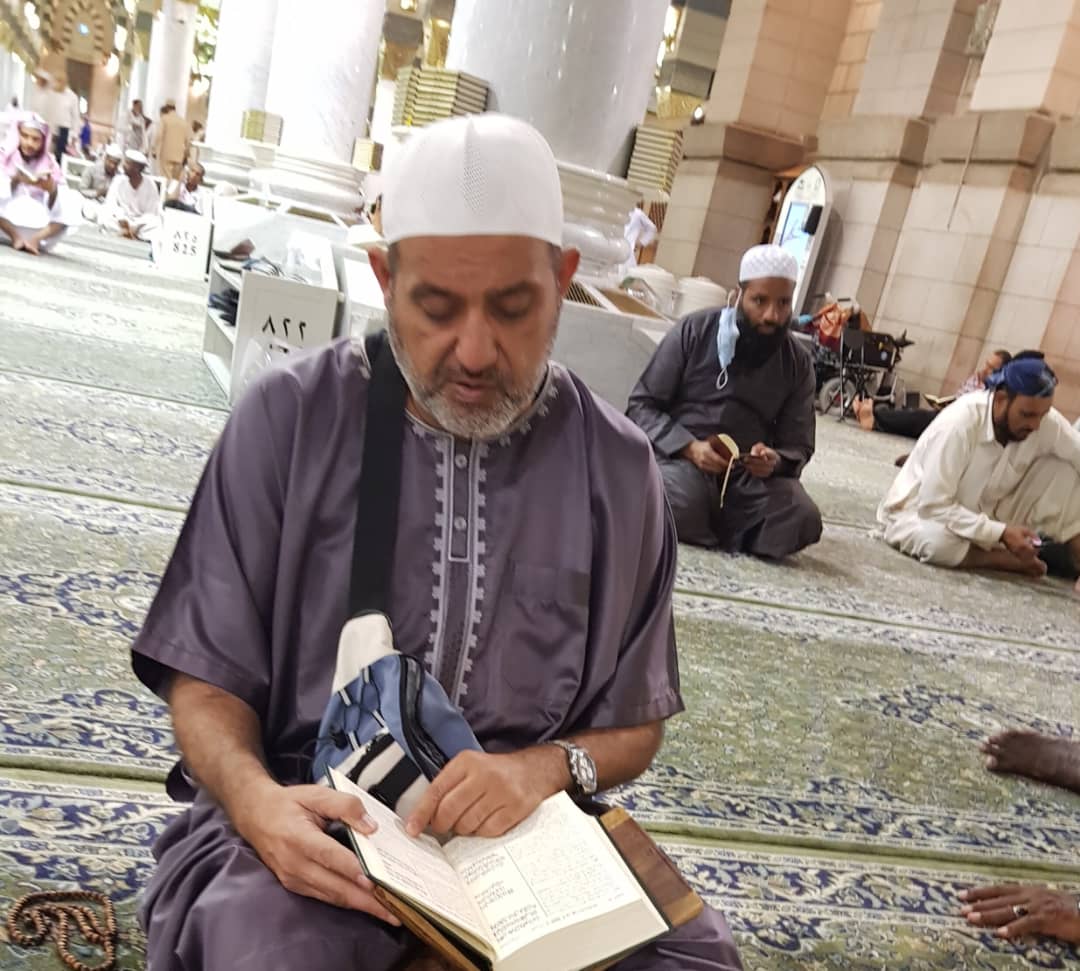 The Group Director of Imax Media, owners of Max TV,  Mr. Fadi Fattal is currently in the holy land of Saudi Arabia to embark on the 2022 Hajj pilgrimage.

He spent almost three nights in Medina to go through the needed process of worship, supplications, visitation to historic places and the graveyard where numerous companions of Prophet Muhammed were buried over 1400 years ago..

He also had the opportunity of visiting the tomb of Prophet Muhammed (PBUH) and that of the two amongst his four (4) prominent companions, Abubakar and Umar right in the Prophet’s Mosque in Medina.

Fadi Fattal is currently in Mecca for the main pilgrimage process in the days to come after going through one of the critical stages on his way to Mecca with changing of his outfit at the migat.

Ihram is an important state which a pilgrim reaches during the Hajj pilgrimage.

Fadi Fattal on the plane to Mecca

Before Mr. Fattal entered into his Ihram (all white outfit) at the Migat, he bathed, trimmed his nails and hair, performed wudu (ablution) and pronounced a formal intention to perform Hajj.

While in this state, pilgrims are not allowed to hunt or kill any living thing, participate in sexual intercourse, cut hair or nails, or wear make-up or perfume.

We wish all Muslims across the globe who have been chosen by Allah to perform the Hajj pilgrimage this year the very best. May Allah accept their supplications and endorse their Hajj pilgrimage.

May all those who couldn’t make it this year be chosen by Allah in subsequent years.

Congratulations to Alhaji Fadi Fatal and all pilgrims .

To Allah be the glory.