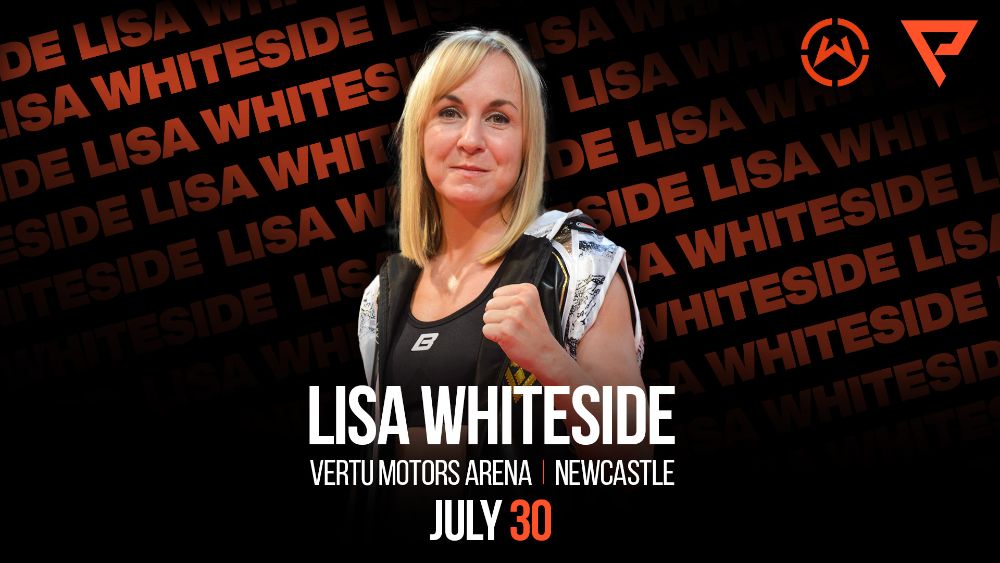 The former Great Britain amateur star ends a near three-year spell away from the ring when she boxes on July 30, in Newcastle on a Wasserman Boxing promotion.

Whiteside, 3-0 as a professional, last boxed in September 2019 but took time away from the sport to focus on having her first child before injury issues delayed her return further.

But the 36-year-old is fully fit, has been firing in the gym and is ready to relaunch her career in Newcastle later this month.

“I can’t wait, I am absolutely made up to be on this show and to make my Probellum debut, on such a good card, is brilliant,” buzzed Whiteside.

“I am going to embrace every second of my comeback fight and enjoy it – I am just so happy to be back fighting and be back in the mix!”

The 2018 Commonwealth Games gold medallist plans to use her Newcastle return to catapult her into the super bantamweight world title reckoning.

“I want to be fast-tracked and to quickly be in position to fight for titles,” Whiteside, who is known as the ‘Lionheart’, declared.

“I may only be 3-0 as a pro but I’ve got masses and masses of experience from the amateurs so I don’t want to be messing around. I want to get on with my career and push on towards the big fights.”