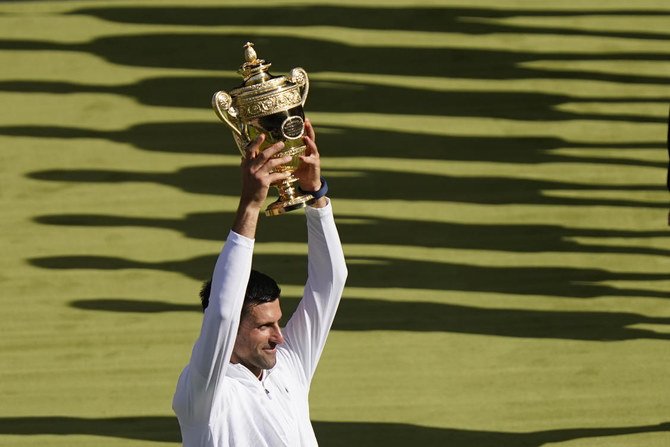 Novak Djokovic slipped four places in the world rankings on Monday despite retaining his Wimbledon title due to the men’s tour governing body’s controversial decision not to award ranking points for the Grand Slam event.
The ATP and WTA made the call after Wimbledon organizers barred Russian and Belarusian players due to Russia’s invasion of Ukraine.
Russian and Belarusian players have been permitted by the ATP and WTA to carry on competing at tour events but under a neutral banner.
Australian Nick Kyrgios, beaten by Djokovic in Sunday’s final at Wimbledon, slips to 45th in the rankings, a drop of five places.
Russian Daniil Medvedev retains the number one spot, well clear of the injured Alexander Zverev.
Spanish great Rafael Nadal — who is one ahead of Djokovic in total Grand Slams with 22 — moves up one place to number three as he had no points at stake after missing last year’s Wimbledon due to injury.
Another big loser in the rankings is Matteo Berrettini, who lost to Djokovic in last year’s final at the All England Club.
The Italian, who withdrew from this year’s edition due to Covid-19, drops four spots to 15.
His compatriot Jannik Sinner, who gave Djokovic a fright in taking him to five sets in their quarter-final clash at Wimbledon, rises three places to number 10.