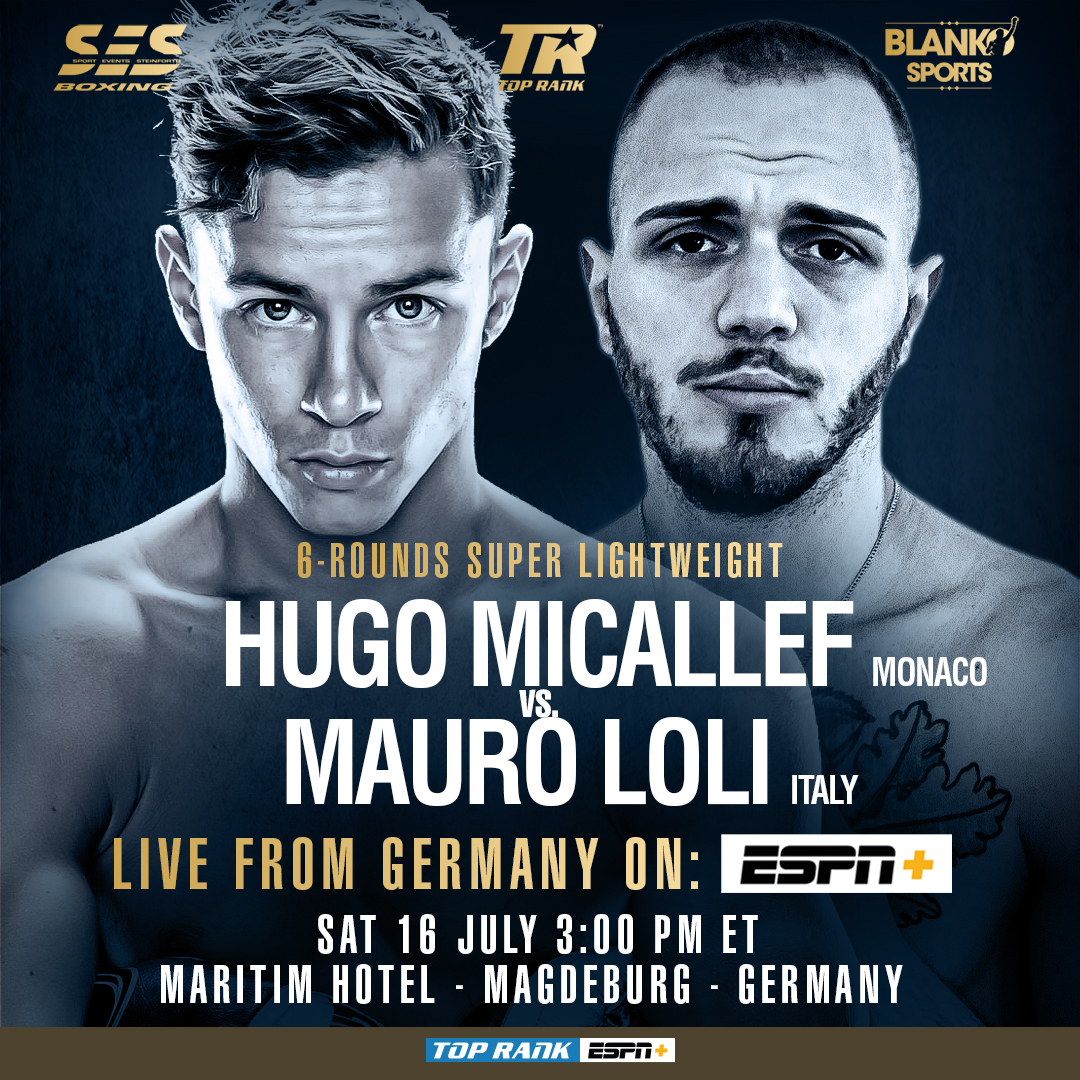 Light heavyweight contenders Michael Eifert and Adriano Sperandio will face off for the vacant IBF Intercontinental strap this Saturday, July 16, in the 10-round main event at the Maritim Hotel in Magdeburg, Germany. Undefeated Top Rank-signed junior welterweight prospect Hugo Micallef, “The Fresh Prince of Monaco,” returns in a six-rounder versus Mauro Loli.

Eifert-Sperandio, Micallef-Loli, and additional fight action will stream live and exclusively in the U.S. on ESPN+ starting at 3 p.m. ET/12 p.m. PT.

Eifert (10-1, 4 KOs), a 24-year-old German, turned pro in 2018 and won the first six fights of his career before dropping a majority decision to Tom Dzemski in August 2020. Nearly one year later, he turned the tables, edging Dzemski by majority decision to win the WBC and IBF youth titles. Eifert has won two fights by knockout since then, including a third-round stoppage over the previously undefeated Nils Schmidt. Sperandio (14-1, 2 KOs), from Rome, Italy, has won three straight fights since the lone loss on his ledger.

Micallef (2-0) signed with Top Rank last year and is currently the only active boxer from the Principality of Monaco. The Monte Carlo-born Micallef is one of his nation’s most popular homegrown athletes and has the support of many of Monaco’s luminaries, including F1 star Charles Leclerc. Micallef has won bouts in France and Spain since turning pro and steps up against Loli (7-3, 3 KOs), an Italian veteran who has never been stopped as a pro.