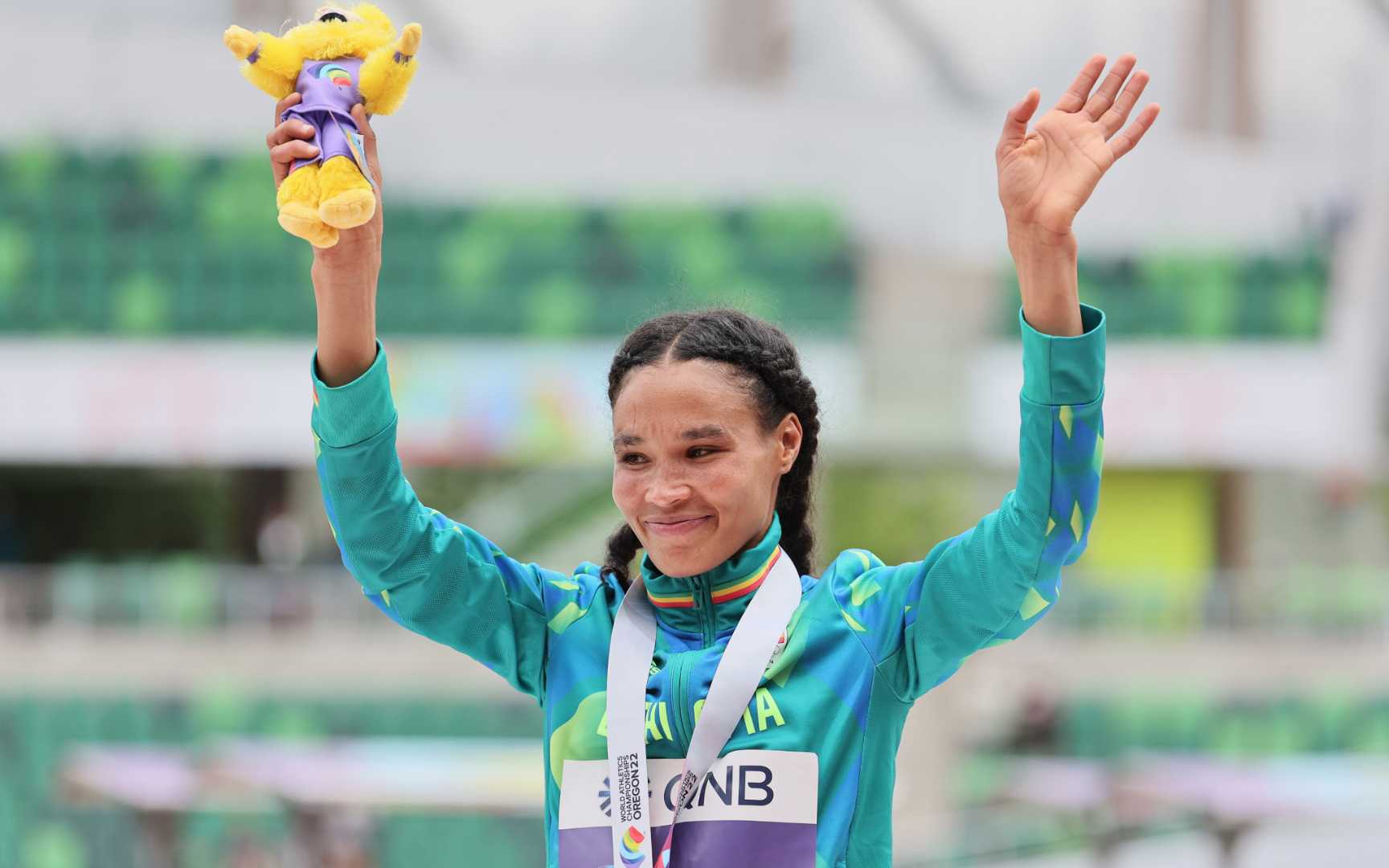 After playing catch-up, coming second at the last World Championships in Doha and third at the Tokyo 2020 Olympics last summer, Letesenbet Gidey, who currently holds three world records, in the 10,000 meters, 5,000 meters, and half marathon, finally claimed her first global senior title in the women’s 10,000m at Hayward Field in Eugene, Oregon on 16 July.

Olympic champion and defending champion Sifan Hassan of the Netherlands, who out-kicked Gidey in this event in the last two global competitions but has barely competed this season after taking time off to recover from a draining 2021, made a late charge but fell short and missed out on the podium in 30:10.56.

Gidey has now won Ethiopia’s first gold medal of the 2022 World Athletics Championships and she wiped tears from her eyes as she celebrated with the Ethiopian fans who sat close to the finish line.

“The dream came true, this victory is even more important to me than a world record,” Gidey said. “I was thinking about winning this gold since 2019 but Hassan was always there. I was also watching Obiri. This time, I was really watching them and I knew I had to be very fast in the last 300m.”
With Gidey’s win, it is eight wins from the last 12 world 10,000 finals for Ethiopia. Now Gidey has her eyes on the 5000m prize.

THE RACE
The longest distance of the track event women race pitted the world and Olympic champion Sifan Hassan against the world record holder Letesenbet Gidey. However, it was the Ethiopian who came out victorious this time, while Hassan  settled for fourth with her season’s best time, the fastest time for 4th place finish.

The race looked very tactical, a bit slow and compact for the most part of the course with the Kenyans always in the leading pack with Great Britain’s Eilish McColgan, while the Ethiopian and the Dutch athletes were sitting at the back comfortably.

However, the course began moving faster after the Ethiopian duo of Letesenbet Gidey and Ejigayehu Taye decided to take the lead when the race was about 8 laps to go. But, the race was getting tighter as it headed into the final laps, where she had to dig deep to secure her victory just before crossing the finish line.

The new 10,000m world champion was stopped at a mixed zone for few questions, but the only reply she gave to the media was, “see you after 5000m”.