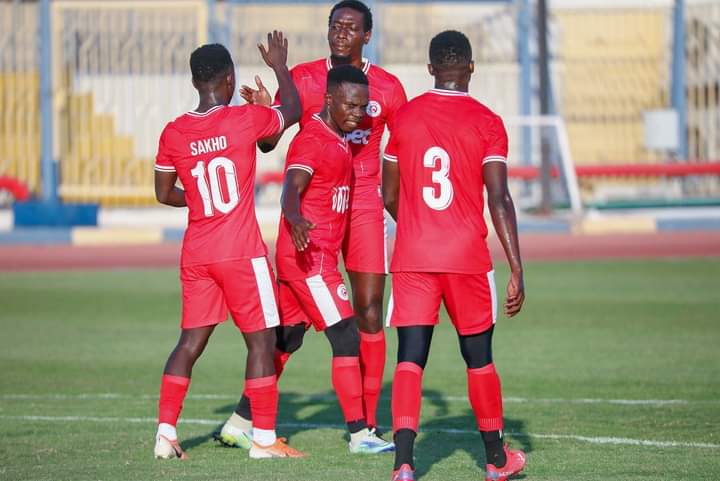 Former Bechem United star Augustine Okrah scored his first goal for Simba FC in their preseason friendly against Egyptian side Ismaily SC which ended in a 1-1 draw.

Simba SC are currently in Egypt on a preseason tour.

The Ghanaian winger joined the Tanzania giants in the ongoing transfer window from Bechem United.

Okrah signed a two-year contract with the Lions of Msimbazi after passing his medical examination earlier this week.

He made his debut for the club in this friendly game and also opened the scoring to his Simba career.

“Excited to have scored on my debut game against Ismaily in pre-season friendly. I hope for more”, Augustine Okrah reacted after scoring his first goal for the club.