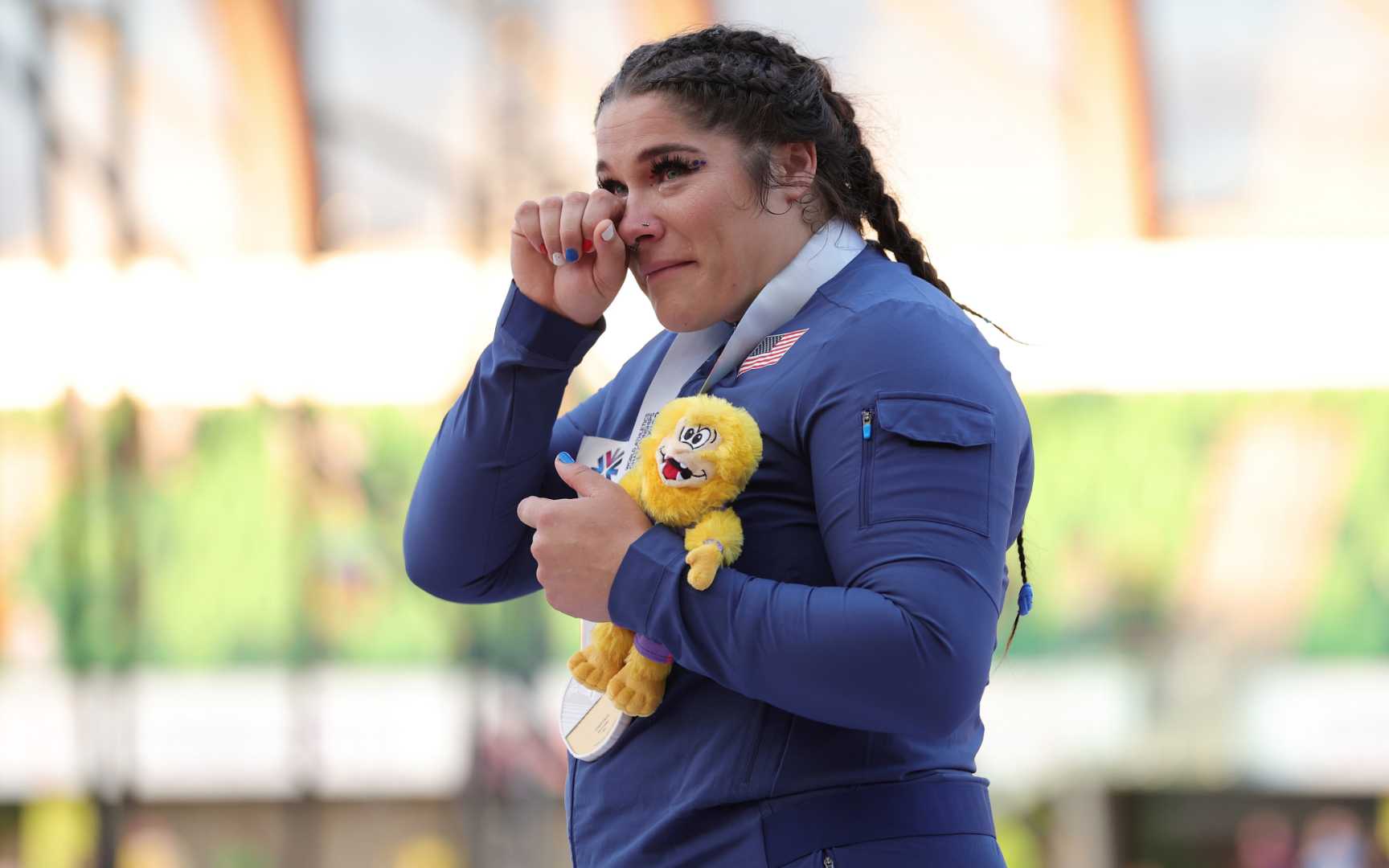 Tears rolled down her cheek and into her mouth as she stood on the top step of the podium while the American national anthem rang throughout Hayward Field. Chase Ealey was probably reflecting on the difficult 2021 she had to endure while relishing her present dreamlike moment of glory.

On Saturday (16 July), Ealey did not only claim America’s first gold medal of the Oregon 2022 World Athletics Championships, she also made history by becoming Team USA’s first world outdoor champion in the women’s shot put. The defending champion, China’s Gong Lijiao, threw 20.39m which earned her silver while the Jessica Schilder of the Netherlands took bronze with a national record of 19.77m.

“I haven’t quite absorbed the information that it’s happened,” said Ealey. “It just feels really good.” Even better is the fact that this achievement is also an early birthday present as Ealey turns 28 in a few days.

Her first attempt of 20.49m proved sufficient on Saturday night as that distance could not be matched over the following five rounds. Ealey fouled on her sixth and final throw of the night but it was nothing to worry about because Gong, whose best throw came on her second-to-last attempt was unable to get the extra centimetres she needed to beat Ealey with her last throw. So Ealey was already champion when she stepped into the ring for her final attempt “I felt like I could not control my last throw with these emotions,” she said.

A season in which she reached three personal bests in consecutive competitions in June and threw this year’s world leading distance of 20.51m at the US national championships at the same Hayward Field.

Ealey had a difficult season last year after suffering long COVID-related intestinal issues in the winter of 2021, losing more than 40 pounds over the course of two months.

She finished fifth at the USA Olympic trials with a best of 18.39m and missed the team. “I got defeated and gave up,” Ealey said in a post on Instagram after the experience.

But she has been in impeccable form in 2022. And this is also thanks to the “reset” she did. Leaving her former training group, Desert High Performance and relocating from Arizona to the UK to join her friend, British shot putter Sophie McKinna and McKinna’s coach, Paul Wilson of the City of York Athletic Club.

On Saturday, Ealey felt the love from the fans and it is a day that will live with her forever. “Since the moment I walked out, I felt this day was so important. The cheering and the support of the fans was unforgettable,” Ealey said. “It will stay deep in my heart.”